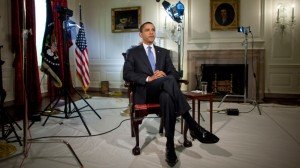 President Obama said, "I am grateful that these fine individuals have made the admirable decision to serve their country. Their expertise and dedication will be a valuable asset both to my administration and our nation as we work to bring about the real change that the American people need today."

Christine M. Griffin has been a member of the U.S. Equal Employment Opportunity Commission since January 2006 and currently serves as its Acting Vice Chair. As a member of the Commission, Ms. Griffin participates, with the other Commissioners, in the authorization of litigation and the development and approval of regulations, policy and guidance that relate to the enforcement of the nation’s employment discrimination laws. Since joining the Commission, Griffin has been vocal in her support of increasing diversity in the federal workforce, most notably through her launch of the LEAD Initiative – Leadership for the Employment of Americans with Disabilities – to address the significant under-employment of individuals with severe disabilities in the federal government. Prior to joining the Commission, Griffin served as the Executive Director of the Disability Law Center in Boston from 1996 to 2005. A native of Boston, Massachusetts, Griffin received her undergraduate degree from the Massachusetts Maritime Academy and her law degree from Boston College Law School, and was awarded the prestigious Skadden Arps Fellowship upon graduation. In 2005, Griffin was selected as one of the nation’s eleven "Lawyers of the Year" by Lawyers Weekly USA newspaper. Griffin is also a U.S. Army veteran.

Kevin Concannon was appointed Iowa Department of Human Services Director in March 2003. He was re-appointed as DHS Director by Governor Culver and Lt. Governor Judge in January 2007. Iowa DHS provides authority and financing for health care for Iowans of all ages through the Medicaid program and the Iowa hawk-i program. The agency also is the lead agency for child welfare, low income assistance programs, child support collections, food assistance and behavioral health care, and directly operates four state psychiatric hospitals and two State Resource Centers for Iowans with developmental disabilities, two state juvenile residential centers, and the Civil Commitment Unit for Sexual Offenders (CCUSO). Previously, Concannon served as Maine’s Department of Human Services Commissioner from 1995 to 2003. From 1987 to 1995 he was the Director of the Oregon Department of Human Services. From 1982 to 1987 he was Commissioner of the Maine Department of Mental Health and Mental Retardation. From 1980 to 1982 he was Commissioner of the Maine Department of Mental Health and Corrections. He has led efforts at the state level to obtain more affordable prescription drugs for state residents. He has been instrumental in increasing access to food stamps, farmers markets, and simplified application processes for state residents. He has been a leader in long-term care system reform for elderly and disabled persons and has championed improved child support and child care programs. Concannon has served as President of the American Public Welfare Association (APWA) and previously served as President of the National Association of State Mental Health Program Directors.