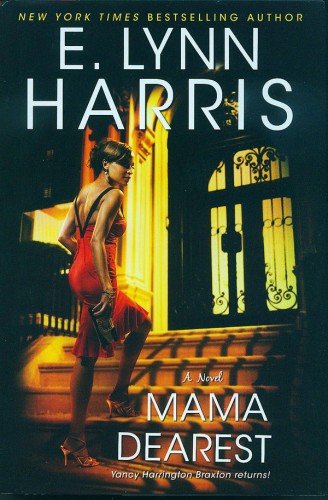 The minute you saw that child, you knew who she belonged to.

She had the same eyes, same chin, same mannerisms. She wore her hair like her Mama did back in the day; in fact, you could swear the ribbons had been handed down. She even laughed the same way, as if “ha-ha” was genetic. There was no way her Mama could deny that child. The girl was just like her mother.

The apple, they say, doesn’t fall far from the tree, and in the new novel “Mama Dearest” by E. Lynn Harris, it sticks around through three generations.

Yancey Harrington Braxton knew what it was like to hit it big, and being in a bus-and-truck company of Dreamgirls wasn’t it. No, Yancey had been a real star once – a Broadway star with fancy clothes, a fancy apartment, and any man she wanted – but tromping around the country with a bunch of third-rate actors was something else. It was something she only endured while she waited for her second big break.

More than anything, Yancey wanted fame again, and a reality show.

When S. Marcus Pinkston picked her up outside a Miami club, Yancey took one look at his money, his fine apartment, and his Egyptian cotton sheets, and she knew she’d found what she’d been waiting for. It didn’t hurt at all that S. Marcus was phine in bed and out, and that he knew people who would finance Yancey’s reality show.

But there was one problem: her mother, Ava, was out of jail.

Though a stay behind bars had added fifteen pounds and her hair was a mess, and though Ava needed a manicure real bad, she still looked good enough to catch a rich man’s eye. Or so she thought, because Ava was a bigger diva than Yancey, which made things rather interesting when Ava, as a condition of her parole, moved in with her daughter.

Sixteen-year-old mega-singer Madison B. always wondered what her mother would’ve thought about her talent and fame. Though Madison’s father, Derrick, had raised the girl right and with lots of love, Madison could be a diva handful.

When Yancey realized that Madison B. was her daughter, she told Ava, who thought it was a great chance to get a piece of the pie and some big money. But before Ava started messing with her granddaughter, she had one goal in mind: to finish destroying her daughter first.

Reminiscent of early Jackie Collins (but more down-to-earth, and with nastier characters), the late author E. Lynn Harris brings high society and low-lifes together in this story of greed, wealth, greed, wrongful payback, and more greed. I loved the way Harris lets Yancey tell her own part, while Ava’s story is coolly detached and Madison’s is bouncily teenish.

To be sure, E. Lynn Harris will be missed.

If you’re a fan of trash, cash, and flash novels, this one is too fun to miss. For you, “Mama Dearest” is a mother-lode of enjoyment.