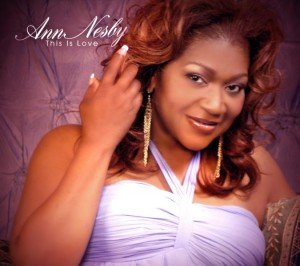 Grammy Award Winner Ann Nesby, who is an American icon of R&B, gospel and dance music will appear at the Mall at Stonecrest on Saturday, April 4th at 5 p.m. to perform live in celebration of her new CD release The Lula Lee Project. Ann Nesby, the unforgettable vocal powerhouse who led the incomparable Sounds Of Blackness in the mid-1980's to win two Grammy Awards in 1991 and 1993 as lead singer, went on to score solo hits of her own as well. Ms. Nesby will conclude her performance with a VIP meet and greet. Fans are invited to purchase Ms. Nesby’s new CD from Borders Books and Music at Stonecrest (available beginning March 31st) to access the very special signing event.

So who exactly is “Lula Lee?” “My friends and fans may see me as mild mannered as Ann Nesby, ‘Lula Lee’ represents for me the edgier side of who I am musically and personally,” explains Nesby. The Lula Lee Project showcases visually and audibly a creative departure from the Ann Nesby many may recognize from her days as the former lead singer of Sounds of Blackness. Critics and fans of Nesby appreciate her seamless ability to transition between Gospel, R&B/Soul, Jazz, Hip-Hop, Dance, and Pop music without compromising her Christian beliefs. "I always sing from the heart, and I believe that whatever is sung from the heart will reach the heart of the listener,” says Nesby.

The Lula Lee Project speaks to the issues affecting the state of the world, our current economic woes, to the struggles of everyday life. This project is a reminder that God is still in control,” explains Nesby who admits that the world has changed dramatically since her 1996 debut. “It’s my duty to encourage others to rely on God, we don’t have to worry because we have a refuge in Him,” she adds. The Lula Lee Project takes an edgier “out of the box” approach to the Christian inspired genre. The album’s lead single, “I Found a Place,” serves up a smooth head nodding bass line as Nesby soulfully croons about a special and secret place in prayer that we can escape to when the storms of life come.

Nesby by far is a music industry mainstay with a career spanning over 20 years in music, theater, and film. Ann Nesby launched a successful solo career in 1996 with the critically-acclaimed album I’m Here For You under the auspices of industry geniuses Jimmy Jam & Terry Lewis. The set included the women-empowerment theme "I'm Still Wearing Your Name" and the romantic ode for husband and wife, "This Weekend". The album spent an impressive sixty weeks on the R & B best-selling lists. Nesby's star power shined again with two dance singles which peaked at #1 and #2 on Billboard's Dance Charts, "Lovin' Is Really My Game" and "Love Is What We Need", from the anthology The Dance Essentials, released in 2001. The train of success continued to churn for Nesby in 2002 with the release of Put It On Paper, which featured the legendary soul singer Al Green on the album's title track in a smash duet with Nesby which yielded a Grammy nomination in 2003.