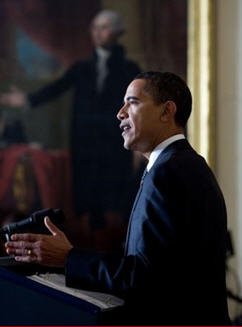 President Obama said, "The Treasury Department will be well-served by the expertise and commitment of these fine individuals. Under the leadership of Secretary Geithner, I have great confidence that they will be valuable and effective additions to our team as we tackle our nation’s economic challenges."

As vice president for academic planning and budget at USC, Professor Garrett oversees resource allocation and manages the university's academic programs and priorities. She also is co-director of the USC-Caltech Center for the Study of Law and Politics and serves on the board of the Initiative and Referendum Institute at USC. In January 2005, she was appointed to President George W. Bush's nine-member bipartisan Advisory Panel on Federal Tax Reform, which issued its report in November 2005. She also serves as chair of the finance committee of the national governing board of Common Cause. Professor Garrett graduated from the University of Oklahoma and University of Virginia Law School. She clerked for Justice Thurgood Marshall on the Supreme Court and Judge Williams on the Court of Appeals for the D.C. Circuit, and served as legal counsel and legislative assistant for tax, budget and welfare reform issues for U.S. Senator David L. Boren. Before joining USC Law in 2003, she was a professor at University of Chicago Law School, where she also served as deputy dean for academic affairs. She has been a visiting professor at Harvard Law School, the University of Virginia Law School, Central European University in Budapest and the Interdisciplinary Center Law School in Israel. Professor Garrett is the co-author of the fourth edition of the leading casebook on legislation and statutory interpretation, Cases and Materials on Legislation: Statutes and the Creation of Public Policy (West Publishing, 2007). Her recent articles have analyzed courts and political parties, campaign finance reform laws, various congressional procedures, judicial review of regulatory statutes, and the initiative process.

Professor Michael S. Barr currently teaches Financial Institutions, International Finance, Transnational Law, and Jurisdiction and Choice of Law, and co-founded the International Transactions Clinic. He is also a Senior Fellow at the Center for American Progress and at the Brookings Institution. Barr conducts large-scale empirical research regarding financial services and low- and moderate-income households and researches and writes about a wide range of issues in financial regulation. Barr recently co-edited Building Inclusive Financial Systems (Brookings Press 2007, with Kumar & Litan) and Insufficient Funds (Russell Sage 2008, with Blank). Barr previously served as Treasury Secretary Robert E. Rubin’s Special Assistant, as Deputy Assistant Secretary of the Treasury, as Special Advisor to President William J. Clinton, as a special advisor and counselor on the policy planning staff at the State Department, and as a law clerk to U.S. Supreme Court Justice David H. Souter and then-District Court Judge Pierre N. Leval, of the Southern District of New York. Barr received his J.D. from Yale Law School, an M. Phil in International Relations from Magdalen College, Oxford University, as a Rhodes Scholar, and his B.A., summa cum laude, with Honors in History, from Yale University.