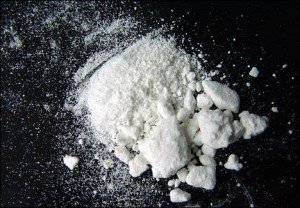 An experimental vaccine for cocaine addicts might help some users kick the habit, according to a new study, though one expert noted it is likely to work only for people who are highly motivated to quit.

Researchers at Yale School of Medicine have tested the vaccine, which makes people produce antibodies to cocaine.

The idea is that high levels of cocaine antibodies can inactivate the drug before it enters the brain, preventing users from getting high.

Dr. Thomas Kosten -- who worked on the study at Yale before moving to Baylor College of Medicine in Texas -- told CNN that this is the first time a cocaine vaccine has been tested in people, and that the vaccine approach would be suitable for all kinds of addictive substances except alcohol.

"Antibodies are very large proteins and when the cocaine attaches to those antibodies it can't get into the brain or heart, so people don't get high from it," Kosten told CNN.

Because users don't get high, the thinking is that they will eventually stop taking cocaine.

He said the tests, however, showed that while many of those who had a high enough level of antibodies gradually stopped using cocaine because they got less effect, others kept buying more and more cocaine trying to get the same effect.

"What was surprising was that we got patients -- (ones) who had limited motivation for stopping cocaine use -- to basically just run out of money," Kosten said.

Participants received five vaccinations over a 24-week period and their urine was tested for cocaine three times a week.

The study, published in the journal of the American Medical Association, found that the vaccine achieved the desired antibody level of at least 43 micrograms per milliliter in only 38 percent of subjects, and that level was maintained for two months of the study period.

But Kosten told CNN that 75 percent of the subjects had high enough antibody levels to block one or two doses of cocaine, and that should be enough to prevent occasional lapses leading back to addiction.

Icro Maremmani, professor of addiction medicine at the University of Pisa and University of Siena, told CNN he believes the vaccine will be useful, but only for highly motivated patients.

"Hard users of cocaine probably will not accept this kind of treatment," he said.

"The situation risks being similar to the use of naltrexone for heroin addicts -- a perfect drug but poor clinical results." Naltrexone is used to block the effects of opioids such as morphine, heroin and codeine.

Maremmani said there also is a risk that some patients will increase their intake of cocaine to overcome the antibody effect.

Kosten said it usually takes about two years for addicts to become drug-free, and patients would have to be vaccinated every three months for that period to maintain antibody levels.

While the vaccine can stop relapses leading back to addiction, he said, it doesn't solve the issues that lead to drug use.

"The vaccine doesn't get you new friends, change your depression, get you out of jail, or all the other things that people have trouble with," Kosten said. "People could conceivably be on it for the rest of their life if they can't get it together."