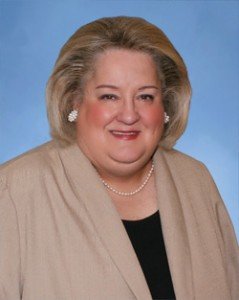 Under Ms. Garrett’s leadership her financial team has, among other accomplishments, increased the district’s undesignated fund balance to $224 million, an increase of $118 million since 2002, saved $26 million in utilities costs by locking in low rates, saved the district more than $15 million by refinancing debt in 2006, and increased the district’s bond rating to AA+, making HISD one of only two districts in the state to hold that rating.

On her appointment to Interim Superintendent, Melinda Garrett said, “I deeply appreciate the board’s confidence in me in this transitional period and I look forward to the arrival of Dr. Terry Grier and working with him to take the district to the next level of excellence.”

Ms. Garrett has a bachelor of arts degree in elementary education/kindergarten/reading education from Texas Woman’s University and a Master of Science degree in accounting from the University of Houston–Clear Lake. She holds a lifetime teaching certificate from the State of Texas and is a certified public accountant licensed in the State of Texas.

Ms. Garrett is a member of the Texas Association of School Business Officials, where she has served on the Accounting Advisory Committee and has served as president of the Gulf Coast Chapter. She served two terms on the board of the Lone Star Investment Pool for the Texas Association of School Boards. She is also a member of the Texas Education Agency’s Accounting and Finance Task Force Committee and serves on the board of directors of TEXSTAR, a governmental investment pool for school districts and other local governments. Ms. Garrett is a native Houstonian and attended HISD schools.

Garrett has been a member of the HISD family since September of 1985, and she has served as its chief financial officer since February of 2002.