If GOP Wants to Stall, Dems Must Lead 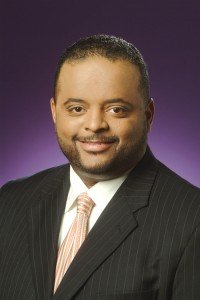 Republicans on Capitol Hill are acting like spoiled brats, after Democrats snatched victory from the jaws of defeat by passing health care reform.

On the day President Barack Obama signed the bill into law, Sens. John McCain and Lindsey Graham, who often tout their ability to work across the aisle, said Republicans will no longer cooperate with Democrats because of the passage of health care.

In an interview with an Arizona radio station, McCain said: "There will be no cooperation for the rest of the year. They have poisoned the well in what they've done and how they've done it."

Graham, who was a major player in crafting legislation for immigration reform, said he is backing out of that as a result of the Democrats voting to approve health care reform.

These two men sound like a pouty kid, who loses a game and then takes his ball and goes home. I thought we were supposed to send grown people to Washington, D.C., to handle the people's business.

We are used to seeing members of the opposite party express their displeasure with legislation. But saying no cooperation for the rest of the year? Dumb.

This is where President Barack Obama should say the heck with all of this bipartisan nonsense. He should say, "Either you get in the game or get out of the way."

We have been debating for years about immigration reform. Right now, an estimated 12 million folks are in the nation illegally. It is impacting our local, state and national economy, our schools, hospitals and other vital areas. So, why should confronting that be put on the back burner because Sen. Lindsey Graham has a burr under his saddle?

The nation's schools are in shambles, and President Obama wants to make massive changes to the No Child Left Behind Act. Unions are not too enthused with the bill, while Republicans want there to be more accountability for the dramatic amount of money being earmarked for expanding the initiative. So, are we supposed to tell our schoolchildren that they should forget the need for more early childhood learning, more dollars to hire better teachers and more improvement in low-performing schools?

American taxpayers have been totally screwed by Wall Street. Their reckless behavior tanked our economy. We saved their jobs with billions of dollars, and they turned around and rewarded themselves with billions in bonuses. Had Americans not given them money, there would have been no jobs and no bonuses!

So, the Senate has now undertaken financial regulatory reform and Republicans simply refuse to even negotiate on the issue. It's time for Congress to go after Wall Street and put the necessary regulations in place. We cannot trust them to do right this time. They didn't do it before, and no one should think their greed has been tempered by our financial collapse.

This is the nonsense that voters have tired of. If politicians on both sides are there to represent their views, then they have to do it. For the GOP, stop canceling hearings. Stop threatening not to engage in legislative negotiations. And if Republicans make it clear they will say no to everything, the Democrats must learn to lead and do it alone.

The November election is meaningless to me. What matters is trying to fix what is broken with this country. And we can't repair our schools, our borders and Wall Street unless our political leaders in Washington, D.C., act like grown men and women -- not petulant children acting out in a fit of rage.

Grow up and get to work!

Roland S. Martin is an award-winning CNN analyst and the author of the forthcoming book "The First: President Barack Obama's Road to the White House as originally reported by Roland S. Martin." Please visit his website at www.RolandSMartin.com. To find out more about Roland S. Martin and read his past columns, visit the Creators Syndicate Web page at www.creators.com.