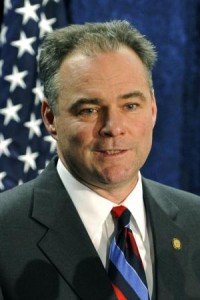 “This weekend marks the 45th anniversary of Bloody Sunday, where some 600 civil rights marchers attempted to walk from Selma to Montgomery, Alabama. They had only made it about six blocks, to the Edmund Pettus Bridge, when the marchers were met with tear gas and beaten by state and local officers with clubs. Horrific images from that day broadcast on television left an indelible mark on the American people. Later that year, President Johnson signed the Voting Rights Act of 1965, putting an end to poll taxes, literacy tests, and other efforts to keep minorities from voting.

“We have certainly come a long way since Selma. Last year, more than four decades after Bloody Sunday, our first African American President, Barack Obama, was sworn into office. For many, his Presidency represents the achievement of Dr. Martin Luther King’s dream. But as we acknowledge how far we have come, we cannot allow ourselves to think our work is over to breaking down barriers for all Americans.

“Even today, decades after Jim Crow laws were struck down and four years after the Voting Rights Act was renewed, too many Americans still face discrimination at the polls and people are treated unfairly because of who they are or what they believe. That is why the President and the Democrats at all levels of government are committed to ensuring that every eligible American is able to cast a vote and have their vote counted. And it’s why the President and the Justice Department are making fighting discrimination a priority. President Obama’s signing of the Hate Crimes Prevention Act, which is named in part for James Byrd, who was dragged to his death behind a pickup truck in Texas because of the color of his skin, was just one step in the right direction.

“But there is more work to do. As we remember the brave men and women who marched 45 years ago, let us renew our commitment to ensuring that all Americans – regardless of race, color and creed – are able to live free from fear or discrimination and able to achieve the American Dream.”