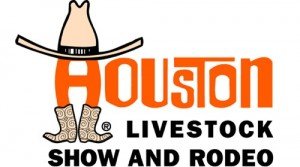 · The High Flyin’ Award, a year’s worth of Continental Airlines travel, presented to the contestant with the highest flights, hardest spills, roughest crashes, and toughest luck, went to R.C. Landingham from Red Bluff, Calif., for his wild encounter with a bull.

· Xtreme Bulls returned to RodeoHouston Sunday, March 21. Forty cowboys competed for a total purse of $75,000. The 2010 winner was Luke Haught, from Weatherford, Texas. He walked away with $22,771.

· In the Capital One Bank AGventure Birthing Center, 73 piglets, 22 lambs and 17 calves were born during the Show. In the poultry exhibit, more than 1,000 chicks were hatched.

· More than 300,000 stuffed animals were won at the games in the carnival.

· More than 22,000 young cowboys and cowgirls took a ride at the pony rides.