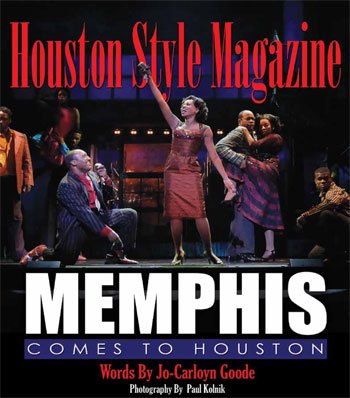 Bringing about a change is sometimes difficult. Martin Luther King, Jr. was assassinated trying to perform a difficult task. Nelson Mandela was jailed for 27 years for taking on a task as difficult as the one King was attempting. Countless others have paid the price to bring about change.

Opposition is a prerequisite for changes that come. In 1951 one dj wanted to bring about a change using music as the change agent. He never knew that in the process he would lose love and the opportunity to be greater than great.

Huey Calhoun (Bryan Fenkart) is a guy who allowed music to guide his soul. Following the melodic, sultry sound of Felicia (Felicia Boswell) in an underground club Huey finds himself in unfamiliar territory. Huey is white and the underground club is black owned. In Memphis, Tennessee in the 1950s the law of the land was that the blacks stayed in one area and whites in another and the two should have never met. Huey broke this cardinal rule and he wasn’t done stirring up trouble while doing so. After getting a job at an all-white radio station, Huey added some soul to the venue and ratings went through the roof. By doing so he was able to fulfill a promise he made to Felicia of putting her on the radio. Through the rise of their careers they fell in a taboo love. As expected, opportunities of fame and fortune hampered their relationship.

In a nutshell this is the story told in the Broadway production MEMPHIS. Engulfed in this controversial story is a cast of other characters that bring this upbeat, energetic, lively musical to its head. This musical has everything that’s entertainment. It is the epitome of Broadway. I absolutely enjoyed every minute of it! For most of the shows I have attended the lead is the one with the “pipes.” In this instance, the entire cast literally all can sing. The entire cast has “pipes.” Fenkart as Huey has vocals that are as smooth as butter in his delivery. Boswell’s as Felicia voice is so crystal clear and strong it fills the audience with a feeling that makes it difficult for them to remain in their seats. Then there is a dude whose name is Gator (Rhett George). At one point he holds a note in the production that would have made most trained vocalists past out trying to hold it that long. The voices are phenomenal. Among this cast of stars is some home grown talent in the form of Missouri City native Justin Prescott.

MEMPHIS is Prescott’s first official production since he graduated from the High School for the Visual and Performing Arts in 2006. In the production Prescott is part of the ensemble and does extreme dancing and singing. He says he is living his dream. “One of my goals was to be on Broadway and I have done that. I did that before I graduated, and this whole musical theater thing is something that I have wanted to do for a long time. I had the chance to go back to my alma matter to teach current students in a master dance class. Also touring the nation enabled me to teach classes in other places while I was on tour. I am truly blessed to have the opportunities because it is not something that everyone can just up and do,” said an enthusiastic Prescott.

MEMPHIS is only in Houston for a short time. The last show is on October 30, 2011. If you haven’t gotten tickets I suggest you do so fast. The 2010 Tony Award-winning musical is one that should be seen again and again.