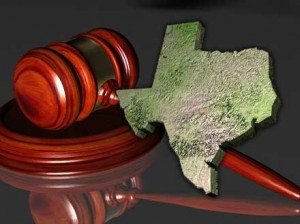 The ruling by a three-judge panel is at least a temporary victory for the Obama administration, which had challenged the redistricting plan drawn up after the 2010 census. Those plans require Justice Department approval under Section 5 of the Voting Rights Act.

"The Department is pleased that the district court has denied Texas's request for pre-clearance, " the agency said.

The summary opinion of the three Washington judges declared the redrawn lines were intentionally designed to discriminate against racial and language minorities, noting that Texas officials "did not adequately engage with the evidence" presented.

The Justice Department had challenged the redistricting plans for congressional districts and state House of Representatives seats. It did not challenge the state Senate district lines, but the court said that plan also showed intentional discrimination.

The Republican-led Legislature and Texas Gov. Rick Perry had defended the plans. An official familiar with the case said Texas would promptly appeal the decision to the U.S. Supreme Court.

"The Attorney General's office will continue defending the maps enacted by the Texas Legislature, and will immediately take steps to appeal this flawed decision to the U.S. Supreme Court," Abbott said in a statement on the decision.

Texas officials made clear appealing the disputed original maps enacted by the state Legislature that were struck down Tuesday will not affect the November elections. Interim maps, which were drawn by a lower federal court in San Antonio, will be used as planned for this year's elections.