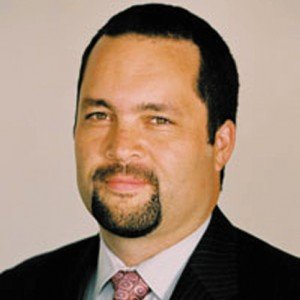 Voting rights advocates scored a clear victory today when a federal court rejected Texas’s restrictive voter ID law, which could have hurt hundreds of thousands of minority voters who lack the required ID.

In 2011, a wave of suppressive laws passed that could make it significantly harder for millions of eligible Americans to cast ballots this fall. The Texas decision marks the first time a federal court has blocked a restrictive voter ID law, and the second time this week that Texas has been found to have violated the federal Voting Rights Act.

The Texas State Conference of the NAACP and the Mexican American Legislative Caucus of the Texas House of Representatives (MALC), along with the Justice Department and others, presented evidence showing the law would make it unnecessarily hard to vote — potentially disenfranchising hundreds of thousands of minority voters at a greater rate than the white electorate. The federal court agreed, finding Texas’s law violates Section 5 of the Voting Rights Act. This means Texas cannot enforce its photo ID law for the 2012 election in November.

“ncontested record evidence conclusively shows that the implicit costs of obtaining SB 14-qualifying ID will fall most heavily on the poor and that a disproportionately high percentage of African Americans and Hispanics in Texas live in poverty,” the court wrote in its opinion. “We therefore conclude that SB 14 is likely to lead to ‘retrogression in the position of racial minorities with respect to their effective exercise of the electoral franchise.’”

“This is a victory for American democracy," said Benjamin Todd Jealous, President & CEO of the NAACP.  "This decision protects free and fair elections. The wholesale attacks on the rights of voters across our nation disenfranchising hundreds of thousands of senior citizens, students, veterans and people of color cannot be tolerated.  These massive voter suppression efforts demonstrate the continued need for the Voting Rights Act.”

“This again is bipartisan vindication of what we have been saying in Texas all along — that there is a continued need for Section 5 and Voting Rights Act application to the state of Texas,” stated Gary Bledsoe, president of the NAACP Texas State Conference. “The law was so broad and unreasonable that clearly its goal was to suppress minority votes and thereby change the nature of the Texas electorate. It is sad that things like this continue to occur instead of individuals seeking vindication of their positions by participating in our Democracy and presenting their positions in a marketplace for ideas.”

“Today, the court affirmed that Texas’s photo identification law violates the Voting Rights Act; this law posed a direct threat to the right of every Texan to vote. It would have muffled the voice of those that need government's ear the most — Latinos, African Americans, the poor, and the elderly,” said Representative Trey Martinez Fischer, Chairman of MALC. “The Declaration of Independence says that all men are created equal. Citizens have the responsibility to vote and participate in our democracy, but restrictive voting laws like Texas’s deny them that opportunity. Today is a victory for all Texans and the Voting Rights Act.”

“As the leading democracy in the world, our voting system should be free, fair, and accessible to all eligible Americans,” said Wendy Weiser, Director of the Democracy Program at the Brennan Center. “We are pleased the court agrees with this fundamental principle. Our nation’s founders fought for the right to vote because they knew the American people must have a say in government to protect their freedoms.”

“This clear victory affirms how vital Section 5 of the Voting Rights Act is in protecting minority voting rights,” said Bob Kengle, co-director, Voting Rights Project, Lawyers’ Committee for Civil Rights Under Law. “It’s important to protect the integrity of our elections and stop voter fraud, but we should not be making it harder for millions of eligible Americans, including seniors and minorities, to participate in our democracy. Clearly the court agrees.”

“This decision helps ensure all Texans will have the opportunity to vote this November and in future elections,” said Ezra D. Rosenberg of Dechert LLP, pro bono counsel for the NAACP Texas State Conference and MALC. “We are privileged to be part of a team that protected the rights of Texas voters.”

Texas has claimed that a the portion of the Voting Rights Act that controls this case is unconstitutional, and that part of the case will be litigated in the coming weeks.

The attorneys representing the Texas NAACP and MALC in the case are Dechert LLP, the Brennan Center for Justice, the Lawyers’ Committee for Civil Rights Under Law, the NAACP office of General Counsel, and the Law Office of Jose Garza.