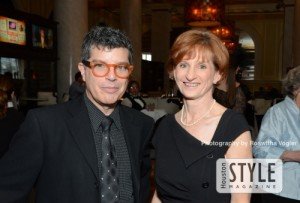 On Tuesday, October 23, 2012, Houston Style Magazine was on hand at Hotel Icon for Houston Cinema Arts Society’s 2012 Houston Cinema Arts Festival Launch. At the affair, the full lineup for the upcoming festival to be held on November 7-11, 2012 was revealed. Works by Timothy Edwards, Kelly Sears, Chris Spisak, Jaime Chapin will also have their work showcased at the festival. One highlight of this year’s festival will be the presence of Robert Redford, who will receive an award and participate in an open discussion.