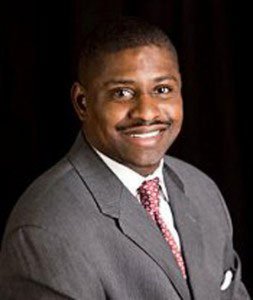 Racism is extremely difficult to prove, while easy to deny. It’s generally defined by people using their power to oppress others based on race. So, when Republicans entered the 2011 Legislative Session and soon amassed a super majority in the State House along with a majority in the State Senate, they used their power to steamroll perhaps one of the most deliberately racist agendas in recent memory.

According to two federal panels, Texas Republicans imposed strict, unforgiving burdens on the voting rights of minorities and the poor. This wasn’t a finding borne out of an extension of partisan tensions. Rather, these judges were mostly appointed by Republicans, and were bound only by the rule of law.

Let’s take the case of redistricting the state's congressional and legislative districts. When the 2010 census was released, Texas found itself the beneficiary of four new congressional districts. Our Hispanic population accounted for more than sixty-five percent of our state’s growth. Blacks made up thirteen percent of our population explosion, and Asian Americans were ten percent of that growth. So when Texas was allotted four additional congressional seats, the Texas Legislature and Governor agreed that none should be crafted to give minorities the opportunity to elect a candidate of their choice. The court found that Texas couldn’t prove that its newly crafted districts weren’t drawn without "intentional discrimination" against the state’s Hispanic and African American populations.

Intentional discrimination is a very powerful term. It implies a willful and deliberate act of injustice against minorities. Texas lawmakers used their power last session to infringe upon the rights of others, and the court’s verdict was racism.

With Texas’ Voter ID case, a three judge federal panel found a similar pattern of discrimination against minorities, as well as the poor. The Texas law would have required voters to show a government issued photo identification card before voting. Despite the fact that voter fraud is practically non-existent, and that fraud is more likely to happen through mail in ballots than by voter impersonation, Texas Republicans made this issue an emergency item last session. The court’s unanimous ruling found that the law disproportionately impacted minorities and the poor. Sufficient evidence demonstrated that the cost of obtaining a photo id would fall most heavily on African American and Hispanic voters.

These recent rulings of "intentional discrimination" and voter suppression aren’t limited to just Texas. Laws enacted by Republicans in Florida were blocked that would have restricted voter registration drives and reduced the number of days of early voting. Ohio’s Republican governor signed a law that would have wrongfully discarded certain provisional ballots and limited weekend early voting. In Wisconsin, judges found that their Voter ID law would create a “needless and significant impairment of the right to vote.”

The good news is that the Voting Rights Act works, which includes provisions requiring that any change to an election system in certain states must first be pre-cleared by either the Justice Department or federal courts. The bad news is that we now know that certain Republicans will use their power, given the opportunity, to intentionally oppress the rights of minority voters.

If only there were similar safeguards to protect against educational, health and infrastructural apportionment policies designed with discriminatory constructs. Not to mention protections for other non-ethnic groups like women or the gay, lesbian, transgendered and bisexual communities. Let’s face it, we can’t assume that "convicted racists" would limit their practice to just voting.

It’s now clear that the current crop of Republican elected officials consider minority’s emerging political clout as a threat. Their systemic assault on minority voting rights is troubling, and I find it hard to accept that reasonable people would want to be associated with such blatant racism.

Texas deserves a Legislature that seeks not to "intentionally discriminate," but to unite all around our shared quest for justice, fairness, equality and happiness.

Steve Brown is the Chairman of the Fort Bend County Democratic Party. Connect with Steve on Facebook at facebook.com/sbrown2 and on Twitter at twitter.com/electstevebrown .