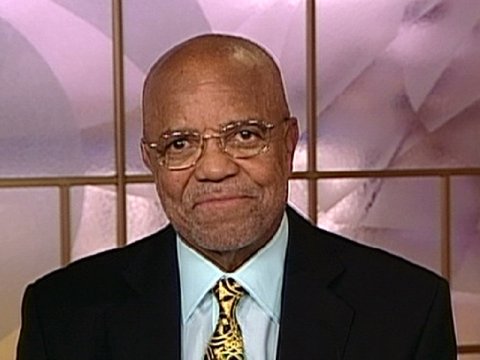 Motown founder Berry Gordy and the world premiere Broadway production of MOTOWN: THE MUSICAL will be featured on “CBS This Morning” tomorrow, Wednesday, April 10, in an exclusive live interview with host Gayle King during the 8:00 a.m. hour.

“CBS This Morning” airs nationwide on the CBS Network and from 7:00 – 9:00 a.m. on WCBS, Channel 2 in the New York metropolitan area. Check local listings for times your area.

MOTOWN: THE MUSICAL, featuring music and lyrics from the legendary Motown catalogue and a book by Berry Gordy began preview performances on March 11 at The Lunt-Fontanne Theatre (205 West 46th Street), and officially opens on Sunday, April 14.

Directed by Charles Randolph-Wright, MOTOWN: THE MUSICAL is the real story of the one-of-a-kind sound that hit the airwaves in 1959 and changed our culture forever. This exhilarating show charts Motown Founder Berry Gordy's incredible journey from featherweight boxer to the heavyweight music mogul who launched the careers of Diana Ross, Michael Jackson, Stevie Wonder, Smokey Robinson, Marvin Gaye and many more.

Featuring all the classics you love, MOTOWN: THE MUSICAL tells the story behind the hits as Diana, Smokey, Berry and the whole Motown family fight against the odds to create the soundtrack of change in America. The music that shattered barriers, shaped our lives and made us all move to the same beat finally comes to Broadway in the season's most anticipated world-premiere event.

MOTOWN: THE MUSICAL features arrangements and orchestrations by Ethan Popp (Rock of Ages), who will also serve as musical supervisor for the 18 piece orchestra and reproduce the classic “Sound of Young America” for the Broadway stage, with co-orchestrations and additional arrangements by Bryan Crook (“Smash”), dance arrangements by Zane Mark (Dirty Rotten Scoundrels) and music direction by Joseph Joubert (Nice Work If You Can Get It).