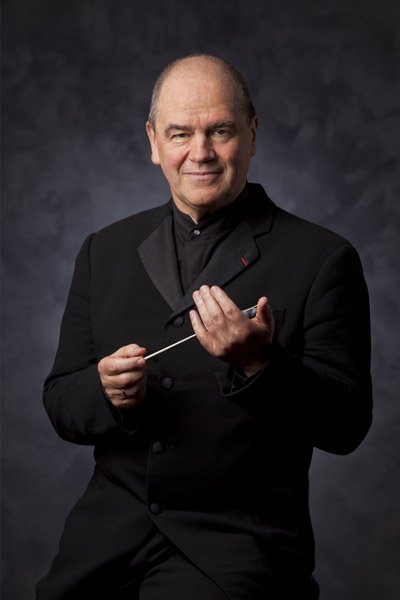 Graf has appeared with the Vienna Philharmonic, Vienna Symphony, Royal Concertgebouw Orchestra and Leipzig Gewandhaus Orchestra, as well as with the St. Petersburg Philharmonic, Deutsches Symphony Orchestra, Bavarian Radio Orchestra and the Rotterdam Philharmonic. He was awarded the Decoration of Honour in Gold for Services to the Republic of Austria in 2007 and France’s Chevalier de l’ordre de la Legion d’Honneur in 2002. Maestro Graf and his wife, Margarita, have homes in Salzburg and Houston.

Exceptional young Russian violinist Eugene Ugorski has already, at the age of only 23, amassed a wealth of international experience at the highest level.  He has a wonderful technical ease and a youthful exuberance in his playing. His rich dark tone is reminiscent of the old Russian school of violinists and distinguishes him from his peers.

Born in 1989 in St Petersburg, Russia, Ugorski moved with his family to San Diego at the age of five. He began studying the violin at the age of six with Professor Vesna Gruppman and made his orchestral debut with the San Diego Symphony Orchestra at the age of eight. He continues to study with Gruppman, as well as her husband, Igor Gruppman, one of the world’s most respected concertmasters.

During the 2013-14 Season, the Houston Symphony will be in its 100th year as one of America’s leading orchestras with a full complement of concert, community, education, touring and recording activities. The Houston Symphony is one of the oldest performing arts organizations in Texas whose inaugural performance was held at The Majestic Theater in downtown Houston on June 21, 1913. Today, with an annual operating budget of $28.7 million, the full-time ensemble of 87 professional musicians is the largest performing arts organization in Houston, presenting more than 280 concerts for 280,000 people, including 84,000 children, annually. For tickets and more information, please visit www.houstonsymphony.org http://www.houstonsymphony.org/ or call 713-224-7575