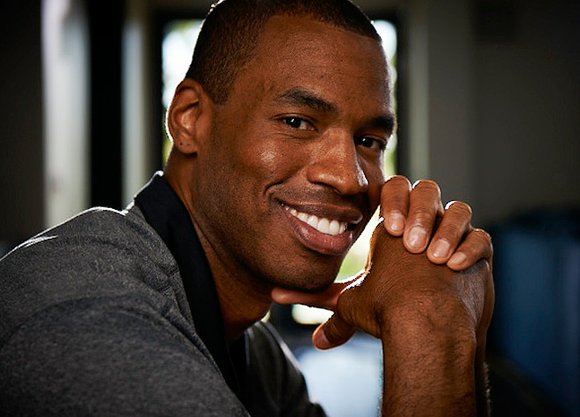 I didn't set out to be the first openly gay athlete playing in a major American team sport. But since I am, I'm happy to start the conversation. I wish I wasn't the kid in the classroom raising his hand and saying, "I'm different." If I had my way, someone else would have already done this. Nobody has, which is why I'm raising my hand.

My journey of self-discovery and self-acknowledgement began in my hometown of Los Angeles and has taken me through two state high school championships, the NCAA Final Four and the Elite Eight, and nine playoffs in 12 NBA seasons.

Now I'm a free agent, literally and figuratively. I've reached that enviable state in life in which I can do pretty much what I want. And what I want is to continue to play basketball. I still love the game, and I still have something to offer. My coaches and teammates recognize that. At the same time, I want to be genuine and authentic and truthful.

Why am I coming out now? Well, I started thinking about this in 2011 during the NBA player lockout. I'm a creature of routine. When the regular season ends I immediately dedicate myself to getting game ready for the opener of the next campaign in the fall. But the lockout wreaked havoc on my habits and forced me to confront who I really am and what I really want. With the season delayed, I trained and worked out. But I lacked the distraction that basketball had always provided.

The first relative I came out to was my aunt Teri, a superior court judge in San Francisco. Her reaction surprised me. "I've known you were gay for years," she said. From that moment on I was comfortable in my own skin. In her presence I ignored my censor button for the first time. She gave me support. The relief I felt was a sweet release. Imagine you're in the oven, baking. Some of us know and accept our sexuality right away and some need more time to cook. I should know -- I baked for 33 years.

When I was younger I dated women. I even got engaged. I thought I had to live a certain way. I thought I needed to marry a woman and raise kids with her. I kept telling myself the sky was red, but I always knew it was blue.

I realized I needed to go public when Joe Kennedy, my old roommate at Stanford and now a Massachusetts congressman, told me he had just marched in Boston's 2012 Gay Pride Parade. I'm seldom jealous of others, but hearing what Joe had done filled me with envy. I was proud of him for participating but angry that as a closeted gay man I couldn't even cheer my straight friend on as a spectator. If I'd been questioned, I would have concocted half truths. What a shame to have to lie at a celebration of pride. I want to do the right thing and not hide anymore. I want to march for tolerance, acceptance and understanding. I want to take a stand and say, "Me, too."