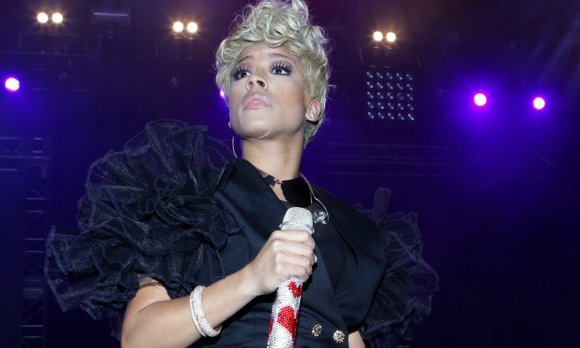 R&B singer Keyshia Cole is known for always being honest and candid with her fans. She exemplifies that through her Twitter feed. Recently, she got a little too real on the social networking site. Cole revealed there won’t be another season of her hit BET reality show “Keyshia & daniel: Family First.” the reason is because she says BET hasn’t paid her or her husband, NBA player Daniel “Boobie” Gibson, for the first season of the show.

Keyshia Cole has every right to say she isn’t returning to a show because she hasn’t been paid, but isn’t a little bit of bad business to air BET out like that when they are really the only channel that showcases the type of music she makes. Let’s keep it real, as famous and talented as Keyshia Cole is, she’s not considered mainstream artist so biting the hand that is supposed to feed you isn’t necessarily the best thing for business, right?