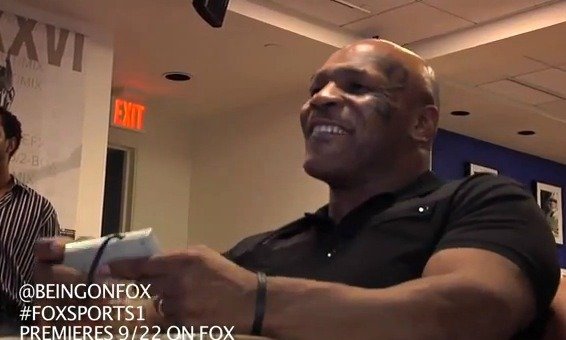 In 1987 21-Year-old Mike Tyson was busy handing out L’s to James “Bonecrusher” Smith, Pinklon Thomas, Tony Tucker and Tyrell Biggs after becoming the youngest heavyweight champion in history the year prior. So when the video game he was featured in, “Punch Out,” was released he never really got around to playing it.

To help the Champ live out his childhood dreams, the newly minted channel Fox Sports 1 arranged for Mike Tyson to face off against Glass Joe and company as part of their launch. How did Iron Mike do? Watch the footage and find out.