Ben Affleck to Play Batman in Next Superman Movie 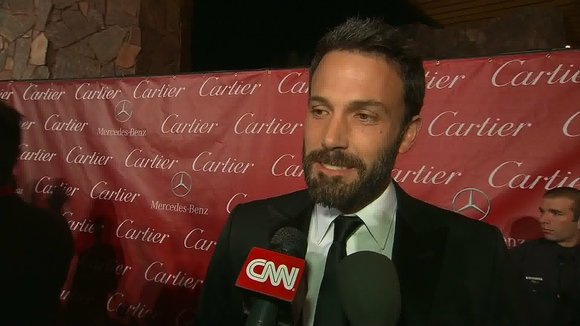 By Dorrine Mendoza and Melissa Gray

Warner Bros. announced Thursday that Ben Affleck will play Batman in the sequel to the Superman movie "Man of Steel."

Rumors about who'll star as the Caped Crusader in the yet-to-be-named film have been swirling ever since "Man of Steel" director Zack Snyder announced at Comic-Con last month that the two superheroes would appear together in the sequel -- their first pairing on the big screen.

Affleck's name wasn't even on The Hollywood Reporter's list of possible Batmans two weeks ago, when it speculated Ryan Gosling or Josh Brolin were likely candidates.

Needless to say, the Internet went nuts -- and not in a good way.

Are the worries justified?

Affleck's stint as Daredevil was a major flop. Plus, he's just getting his movie street cred back from that other disaster, "Gigli." But he has numerous awards to his name and received critical raves for his role as Superman star George Reeves in "Hollywoodland."

Affleck will star opposite British actor Henry Cavill, who Warner Bros. said will reprise his role as Clark Kent and Superman.

Snyder's reimagining of Superman in "Man of Steel" broke the record for the biggest June opening when it appeared in theaters this year, taking in $125.1 million in its first weekend.

"It's beyond mythological to have Superman and our new Batman facing off, since they are the greatest superheroes in the world," Snyder said at Comic-Con.

Christian Bale, who starred as Batman in three film installments of "The Dark Knight," told CNN partner Entertainment Weekly last month that he wouldn't be starring in a fourth. "Dark Knight" director Christopher Nolan also said he wasn't opting for a fourth movie in the franchise, the magazine said.

Nolan will, however, have a hand in the upcoming Superman-Batman film -- he's serving as one of the executive producers, Warner Bros. said.

Warner Bros. and DC Comics, the publisher of "Superman" titles, are both units of Time Warner, CNN's parent company.