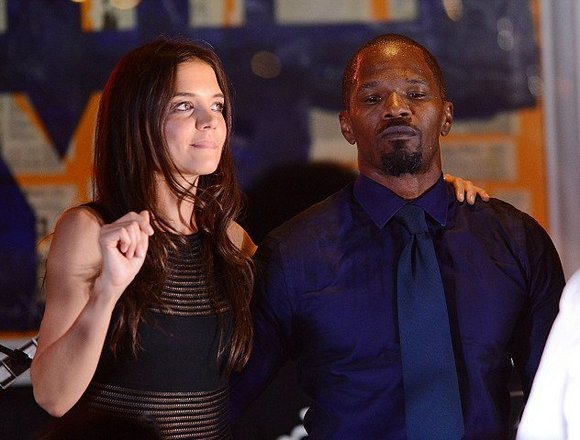 Katie Holmes blindsided Tom Cruise when she filed for divorce just over a year ago. Now, the ex-Dawson’s Creek star could be set to stun him once again by hooking up with his former best friend, Jamie Foxx.

Though so far no signs of a full-blown romance have been uncovered, the pair did not hide their affection while dancing together at the Apollo in the Hamptons benefit in East Hampton, New York on Saturday.

Grooving to Robin Thicke‘s summer hit “Blurred Lines,” single mother Katie repeatedly grabbed Jamie’s arm and generally looked happier than she has in ages! We even have a series of videos to prove it, below.

Indeed, according to the New York Post, she was overheard telling two female friends, “I haven’t had such a good time in so long.”

The Post insists that the duo are simply “old friends,” but according to other reports, they’ve become much closer in recent weeks.