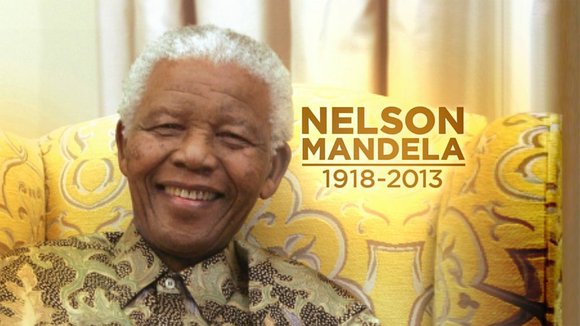 In honor of Nelson Mandela's legacy continue his legacy of peace, helping your man, and the fight for justice for all.

"It is better to lead from behind and to put others in front, especially when you celebrate victory when nice things occur. You take the front line when there is danger. Then people will appreciate your leadership." ~Nelson Mandela

There are too many times when I have seen people rushing to appear in front of a crowd after all the work is done and far too least times when I see those same folks in the trenches. Everyone can't stand center stage when they are not willing to stand in the back light.

If this quote was embodied by everyone what a wonderful this would be. Just imagine how much we could accomplish if we stop fighting one another and would learn from and work with one another.

"There is nothing I fear more than waking up without a program that will help me bring a little happiness to those with no resources, those who are poor, illiterate, and ridden with terminal disease." ~ Nelson Mandela

Don't think you are making in this world by yourself. You had someone pushing from behind. Someone praying on their knees for you. Someone gave you a helping hand. Pass that love one on to someone else who is in need.

“It always seems impossible until it's done.”~Nelson Mandela

How many times have you cut yourself short because you the task at hand was simply impossible. Stop living in the impossible, live in the possible. There is a first time for everything.