Does Phil Robertson get the Bible wrong? 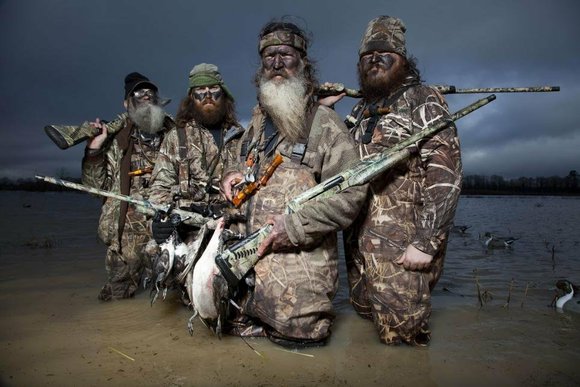 Phil Robertson is the patriarch of the Robertson family as seen in A&E's "Duck Dynasty."

The Robertsons of "Duck Dynasty" fame have rallied around their family patriarch, saying his controversial comments on homosexuality are "grounded in the teachings of the Bible." But Scripture is fiercely contested ground, and some experts say Phil Robertson misinterprets a key Bible verse.

"On the subject of homosexuality, the Bible doesn’t mean what Phil Robertson thinks it means," said Jim Naughton, a Christian gay rights activist and communications consultant.

A&E, the network that broadcasts the hugely popular "Duck Dynasty" show, suspended Robertson for a now infamous interview with GQ magazine. In the article, Robertson, who became a born-again Christian in the 1970s after a prodigal youth, is asked to define "sin."

Robertson, 67, then paraphrases a Bible passage from the New Testament: “Don’t be deceived. Neither the adulterers, the idolaters, the male prostitutes, the homosexual offenders, the greedy, the drunkards, the slanderers, the swindlers -- they won’t inherit the kingdom of God. Don’t deceive yourself. It’s not right.”

That's a pretty close citation of 1 Corinthians 6:9-10, a letter from Paul, often called the father of Christian theology, to a fledging Christian community in Corinth, Greece.

Here's what Paul's passage says, as translated in the New International Version, by far the most popular translation among evangelicals and conservative Christians such as Robertson:

"Do not be deceived: Neither the sexually immoral nor idolaters nor adulterers nor men who have sex with men, nor thieves nor the greedy nor drunkards nor slanderers nor swindlers will inherit the kingdom of God."

Conservative Christians, who make up about a quarter of the U.S. population, tend to take that passage at face value. The Robertson family pastor, for instance, told CNN on Thursday that "the verse explains itself."

Robertson is an elder in the White's Ferry Road Church of Christ and offers spiritual counseling, charity and Bible studies to many in his hometown of West Monroe, Louisiana, the family pastor, Mike Kellett told CNN. The "Duck Dynasty" star also preaches around the country to churches that flock to hear his blend of woodsy, plainspoken conservative Christianity.

My Take: The Bible really does condemn homosexuality

But other Bible experts aren't so sure the Bible text Robertson cited to GQ is as clear as he may think.

"A lot of people misread this text because it's so complicated," said O. Wesley Allen Jr., an associate professor at Lexington Theological Seminary in Kentucky.

First, scholars say, we have to look at the context surrounding Paul's letter. The Christian leader is trying to get the quarreling Corinthians to stop taking each other to civil courts and being judgmental. "The very fact that you have lawsuits among you means you have been completely defeated already," Paul says.

Then Paul lists some of their sins of the past, including greed, drinking too much, worshipping idols and sexual immorality. "That is what some of you were," Paul says. "But you were washed, you were sanctified, you were justified in the name of the Lord Jesus Christ and by the Spirit of our God."

The list of sins is likely based on rumors that Paul heard about Corinth, says Warren Throckmorton, a psychology professor at Grove City College in Pennsylvania who has studied the Bible's teachings on homosexuality. Bible scholars call it a "vice list," and it appears several times in Scripture.

So what does Paul's "vice list" say about homosexuality? That's the tricky part.

The first word Paul uses is "malakoi," which means "soft" in Greek, according to Allen. By analogy, the word came to mean "effeminate," which is how the King James Version of the Bible translates it.

"In the ancient world, it would refer to a boy in a relationship with an older man," Allen said. "It was pederasty, not homosexuality as we think of it today."

The other relevant word on Paul's "vice list" is "arsenokotai," which means "male sex." It refers to the other half in the man-boy relationship, common in Greece at the time, Allen said, the older male having sex with the "soft one."

"It isn't anything to do with what we would see today in an intimate, mutual relationship between gay adults," said Allen, who is co-authoring an upcoming book on homosexuality and heterosexuality in the church.

My Take: The Bible’s surprisingly mixed messages on sexuality

Even so, scholars such as Allen acknowledge there are no Bible passages that support same-sex relationships, and at least seven that appear, at least to some degree, to condemn gay sex.

"There's no way around the fact that those passages take a negative view of homosexuality, and nowhere in the Bible is a positive view offered," Allen said. "So conservatives and liberals continue to debate."

Liberals say that some parts of the Bible offered particular truths for a specific times and places but those times and places, as well as human understanding of sexuality, have progressed dramatically.

"The Bible may be divinely inspired, but its authors were human and saw, as St. Paul puts it, through a glass darkly," said Naughton, the Christian gay rights activist.

Conservatives such as Robertson, on the other hand, argue that the Bible is the bedrock of their faith, unchanging and unalterable. "We want you to know that first and foremost we are a family rooted in our faith in God and our belief that the Bible is His word," the Robertson family said Thursday.

For decades, the gulf between the two sides has divided denominations, churches and families. To paraphrase Lincoln, both sides read the same Bible and pray to the same God, and both invoke his aid to argue against each other.