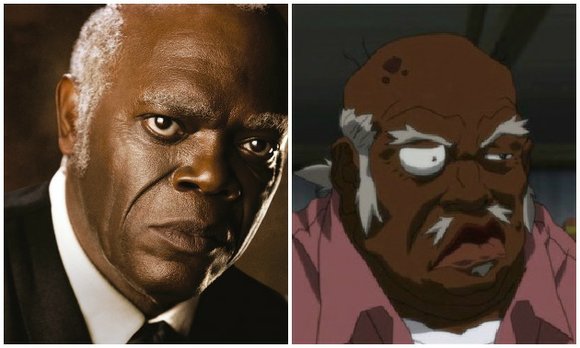 Earlier this week creator of “The Boondocks” Aaron McGruder told his fans on Facebook that there would be an announcement coming regarding the popular franchise. Late Wednesday it was finally revealed that he was launching a Kickstarter campaign to fund a live action movie starring none other than Uncle Ruckus.

“We are raising funds for an R-rated theatrical comedy featuring Uncle Ruckus, to be produced this year,” it says on the Kickstarter Page.” The movie will be written and directed by AARON MCGRUDER, and stars GARY ANTHONY WILLIAMS – who does the voice of Uncle Ruckus on the animated series. The story, which is currently being written, will not involve any of the other regular BOONDOCKS characters, but rather explore a part of the Ruckus family not seen in the show.”

A teaser clip of Uncle Ruckus waving a confederate flag was posted on the Facebook page and at UncleRuckusmovie.com, receiving mixed reactions from the over 6 Million followers. Several fans (including this writer) pointed out that they’d already seen a live action Uncle Ruckus in Samuel Jackson’s portrayal of the self-hating slave Stephen in “Django Unchained,” (despite Jackson’s insistence that they are not the same).

Many fans expected an actual release date for the much anticipated fourth season of the cartoon, which was confirmed months ago.

According to the Kickstarter page McGruder felt the Ruckus movie would be easier to fund than a full-length animated feature. Actor Gary Anthony Williams, who voices Uncle Ruckus, confirmed on Twitter that the campaign is indeed real.