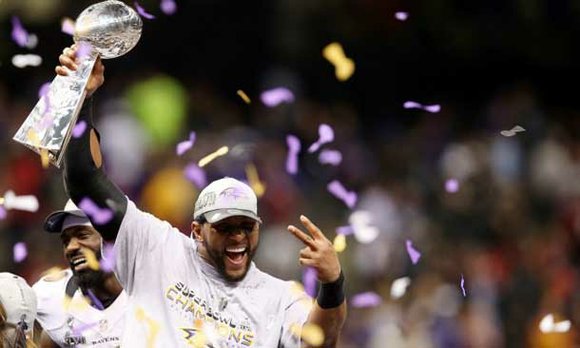 No weapon formed, even a blown fuse box, shall prosper against Ray Lewis. The Baltimore Ravens defeated the San Francisco 49ers 34 to 31 in Super Bowl XLVII to earn their second NFL Championship as a franchise. It is also the second ring for retiring linebacker Ray Lewis, offering him the storybook ending many of his fans sought.

Quarterback Joe Flacco, who threw for 287 and three touch downs was named Super Bowl MVP. Ravens coach John Harbaugh has bragging rights over his brother Jim, coach of the 49ers.

The 49ers trailed 21-6 at halftime, but battled back in the third quarter after a power outage in the Mercedes-Benz Superdome halted play for over 30 minutes. After scoring 17 points in four minutes the Niners made it a game, but it was not enough.

Ray Lewis reacted to the big win afterward by saying that there was “no better way to leave the game.”

Ray Lewis Goes Out A Winner