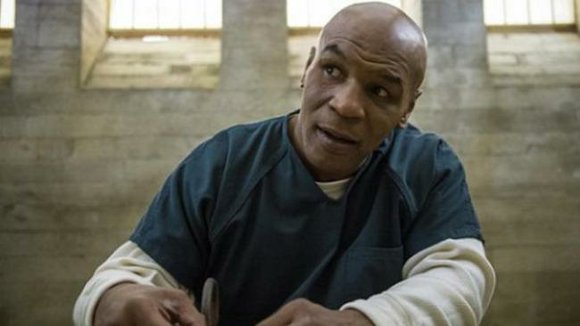 Mike Tyson finally addressed the controversy surrounding his guest stint on “Law And Order: SVU” when he called in to the Power Morning Crew at Power 107.5FM. Tyson played death row inmate Reggie Rhodes, a victim of sexual childhood abuse who killed the man who sexually assaulted him as an adult. Marcie Kevenay, a rape survivor, felt it was inappropriate for Tyson, who served time for the 1992 rape of Desiree Washington, to play such a role and started an online petition against the former heavyweight boxer and NBC. Tyson defended himself by saying:

“Well, I’m actually playing a victim myself. The reality is everyone is entitled to their own opinion and what I’m trying to express now is positivity.”