In the Shark Tank with Beyonce 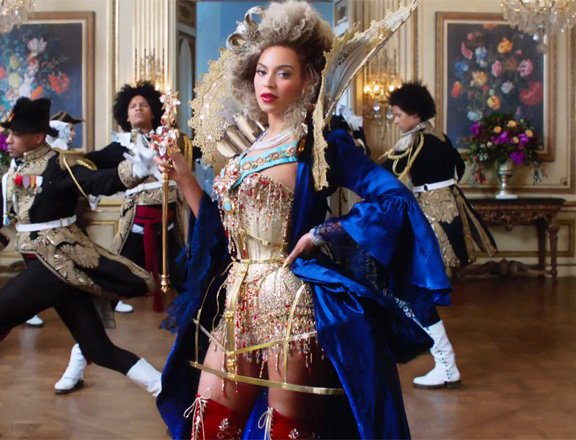 There’s nothing most frustrating than finding out how expensive the tickets are to your favorite concert, especially after hearing through the grapevine that the ticket prices were much cheaper. That’s the sentiment hundreds of Houstonians share as The Mrs. Carter Show gets closer to date. Monday July 15th 2013, thousands of Houstonians, surrounding area residents, and travelers far and wide will descend onto The Toyota Center in hopes to get a glimmer of Queen Bey; who as the queen of the Carter camp set the ticket prices to accommodate her home town folk. Bey let it be known long ago that she prefers the moderate price, especially during times of financial stress. But instead of partaking in the forty-five dollar Beyoncé realm of relief, common sense, an entertainment, most people will have stand raped of their $200 only to get a seat so far up in the rafters that a glimmer will be a mere twinkle of our beloved Bey. Fans will just have to readjust their satisfaction to the idea that their $200 affords them a not so clear view of a giant LED screen shot of the Queen.

Unfortunate as it may be, Mrs. Carter stands as a beacon for sharks great and small alike. And while Ticket Master and The Toyota Center set a limit on the number of tickets to buy, it didn’t deter the third company ticket brokers who quickly bought up the remaining tickets to sale them at a 300% profit to line their pockets. This may be smart business sense to some, but it’s simply gross for the rest who simply wanted to (but will not) enjoy our home girl Beyoncé. For you who can afford to grit your teeth and get past the gross offense, you can purchase your tickets at a Google list of third party companies that pop up after searching for “The Mrs. Carter Show Tickets, Beyoncé Tickets” or any variation of the sort. After all we absolutely love our Queen Bey.

You have to wonder though what would happen if Bey decided to take a stand against the sharks just as Tyler Perry did when he cancelled the Houston leg of the Madea Gets A Job tour. He humbly stated,

“Unfortunately, due to circumstances that I can't control, we've had to cancel this leg of the Madea Gets A Job tour.

Here's why. I set a ticket price for the show starting at $25. The reason I set the price so low is so that everyone could get a chance to come out and see the show. I know how tight things are right now. I GET IT! I do not tour to make a living, I tour because I love staying connected to all of you. I love seeing your faces, hearing you laugh and seeing you enjoy yourselves. It gives me great joy. Even though it's a lot of work, I really don't mind doing it. Because of that, what I do is make sure that the promoter sets a reasonable ticket price and the prices are $25, $45 and $65. Even though I set these prices so that they are affordable, fees are added that are out of my control and the price of the tickets can almost double. Add to that, when you go online looking for tickets, IN LOTS OF CASES, you are being led to a bootlegger and you don't even know it. There are a lot of ticket bootleggers and scalpers that buy lots of shows and sell them to the public for double, sometimes triple the price. I've been dealing with this for years but now with the internet I've never seen it this bad.”

Although there’s more contrast than compare when it comes to Tyler and Bey, you still would have to wonder if the public would support or condemn Mrs. Carter if she decided to stand against the sharks and cancel her Houston show. But of course she might as well cancel the whole tour because Houston is not the only city with sharks. Still, she would have plenty reason to do so. Bey doesn’t see one dime of the third party’s profit margin, nor (more than likely) has she licensed her name and brand out to them to promote her concert. It’s a bad situation all the way around whenever you deal with the nature of a shark – whether the meat comes from up top or down below, a shark will always go for blood.