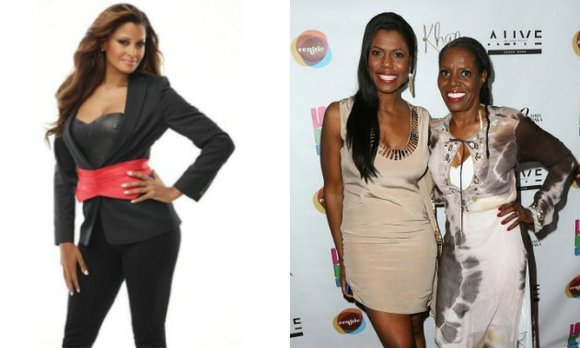 This year’s BET Awards were very exciting. They kept most people’s attention and that hasn’t happened for a long time. Well, before the festivities could start inside L.A. Live, things got popping outside on the red carpet between former video model turned reality star Claudia Jordan and reality star Omarosa and Omarosa’s mother.

According to reports, Omarosa and Claudia Jordan got into a serious verbal exchange on the red carpet right before the BET Awards took place. Things escalated when Omarosa called Jordan a “Stupid b*h.” When Omarosa’s mother overheard the argument, she stepped in and allegedly punched Claudia Jordan in the arm. Before a real fight could ensue, security broke up the scuffle. Claudia Jordan later tweeted, “Wow that awkward moment when you’re assaulted on the red carpet….”

Wow that awkward moment when you're assaulted on the red carpet….—

If you let Omarosa tell it, Claudia Jordan started the drama by pushing her 65-year-old mom. Omarosa’s mother filed a police report in resaponse to the assault despite the fact Claudia Jordan filing one against Omarosa’s mother. Omarosa stated, “I am deeply saddened by Claudia Jordan actions at the BET Awards. After all that my family and I been through this year. She should show at least an ounce of decency and respect.“

Omarosa and Claudia Jordan are no strangers to one another. Both were on “The Celebrity Apprentice: All-Stars” where they routinely clashed over various things which has led them to bash each other publicly and privately. Omarosa says the initial beef started when Jordan took photos of Michael Clark Duncan at his funeral. Jordan lashed back saying Omarosa was using Duncan’s funeral as a publicity opportunity.