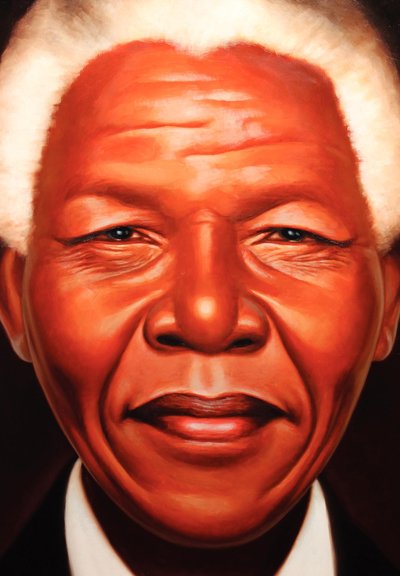 Your mother sent you to your room the other day. You hate that.

You didn’t think you were being naughty but Mama did, and she punished you. You had to sit in your room alone for awhile and you cried, maybe, or pouted because it just wasn’t fair.

Now imagine being locked in a room for years and years and years for no good reason. That’s what happened to a great man in Africa, and in the book “Nelson Mandela” by Kadir Nelson, you’ll read about that man and his life.

Rolihlahla loved to play with his friends, fighting pretend-battles and hunting with slingshots on the grassy hills of Qunu, South Africa. But he couldn’t play forever: Rolihlahla was smart, and smartness like that needed an education. Rolihlahla’s mother knew she would miss him while he was away, and she tried hard not to cry.

At school, Rolihlahla’s teacher refused to say his Xhosa name, so she called him “Nelson.”

As Nelson grew, he attended the finest schools in Johannesburg. He became a lawyer so he could help his poor and powerless African countrymen.

But something else bothered Nelson just as much as poverty: the South African government had a policy that split its citizens into three groups, and it wasn’t fair. They called it apartheid, and Africans hated it.

Until he was caught, arrested, and imprisoned. He was sent to a small island where he sat in a tiny room every day, eating cold meals and working hard labor. He was there so long that when he got out, his children had all grown up. More importantly, South Africa had ended apartheid.

Finally, after almost twenty-eight years, Nelson Mandela was set free. He was elected as South Africa’s new leader. And the people celebrated.

You always want to give your child a good sense of history, whether it’s in the past or in the making. “Nelson Mandela” is a good book for both.

Author Kadir Nelson gives kids just the right amount of information here; he’s honest in telling what happened, without being scary. Curious kids will appreciate that this book is made kid-friendlier with a two-page section at the end that could help answer lots of questions.

But Kadir Nelson’s words are only half the appeal.

Nelson is also the illustrator here, and his paintings – from the magnificent cover to every page inside – are addictive. It’s the artwork that makes this a book you’ll want to browse, whether your children are around or not.

Kids ages 4-7 will love this story, and I think older gradeschoolers will appreciate it, too. If your child needs a little time out for reading, “Nelson Mandela” is a book you should make room for.