Ugly Betty’s” Eric Mabius and “The Kennedys” Kristin Booth Star In The Comedic Drama; Production Has Begun in Vancouver for World Premiere October 12 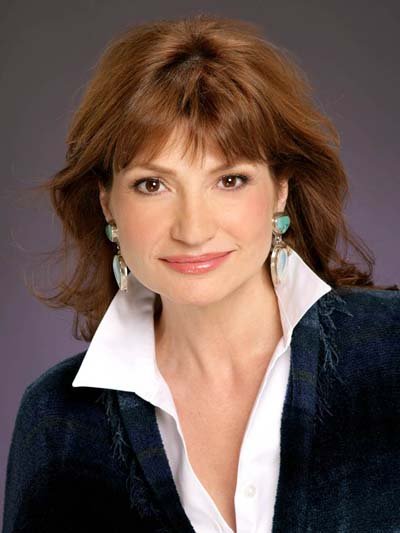 Hallmark Channel announces that “Touched By An Angel” Executive Producer, Martha Williamson begins a highly anticipated return to television with “Dead Letters,” a Hallmark Channel Original Movie of the Week that's targeted to become a primetime series. “Dead Letters” tells the inspiring story of a group of postal detectives whose mission is to deliver letters and packages from the past, which arrive miraculously when they are needed most. The two-hour original movie stars Eric Mabius (“Ugly Betty,” "Outcasts," “Cruel Intentions”) as leader of the group, Oliver, and Kristin Booth (“The Kennedys,” “The Newsroom,” “Banner 4th of July”) as newcomer to the Dead Letter Office, Shane. “Dead Letters” will have its World Premiere on Hallmark Channel, Saturday, October 12 at 9p.m. ET/PT, 8C. If greenlit, “Dead Letters” would air on Hallmark Channel in 2014.

“Dead Letters,” introduces a dedicated, quartet of civil servants in the Dead Letter Office of the U.S. Postal System who transform themselves into an elite team of lost-mail detectives. Their determination to deliver the seemingly undeliverable takes them out of the post office into an unpredictable world where letters and packages from the past save lives, solve crimes, reunite old loves and change futures by arriving late but always miraculously on time. The intrepid team is led by the charming and handsome, but idiosyncratic, Oliver (Mabius) who still considers the stamped and mailed letter to be the gold standard of human communication. His hapless team of lost letter experts, free-spirited Rita (Crystal Lowe, “Smallville”) and oddly-intuitive Norman (Geoff Gustafson, “Primeval: New World”), are thrown for a loop when a beautiful, no-nonsense technophile named Shane (Booth) is mistakenly transferred to their inner sanctum. Shane inspires the lovable crew to step up in a risky and unorthodox way, beginning with a chance to clear the name of a wrongfully accused man and reconnect him with the love of his life.

Martha Williamson made television history when her CBS series "Touched By An Angel" set a new standard for an inspirational family drama when it grew to a weekly audience of 25 million viewers during its initial nine year run. As Executive Producer and Head Writer of the ground-breaking series, she was the visionary who guided the series into previously uncharted territory with her unique brand of storytelling that produced more than strong ratings; it changed lives. She went on to seal her place in history when she became the first woman to solely executive produce two one-hours simultaneously with "Promised Land,” which aired for three years on CBS. Her work has been inducted into the Television and Radio Hall of Fame and honored with numerous awards, including the Edward R. Murray Responsibility in Television Award, the Templeton Prize Epiphany Award and nine Emmy® nominations.