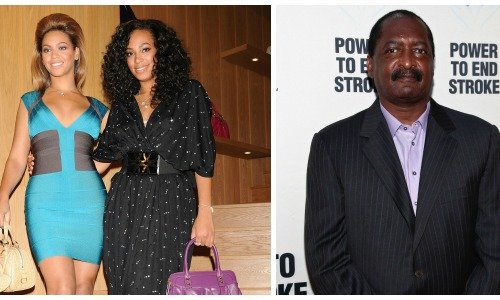 Mathew Knowles got hitched last weekend unfortunately his two daughters were not there to bare witness to the event.

It’s no secret that things have been strained between Mr. Knowles and his daughters since cheating allegations were reported and their new little brother was born. They stuck close to their mother Tina through the subsequent divorce in 2011.

But a wedding is a pretty big deal and his daughters not being there sort of speaks volumes as to where things may stand between them all.

Mathew Knowles married former model Gena Avery in Houston, TX after a year and a half engagement.

Knowles told TMZ his famous kids couldn’t make it to the ceremony, saying,

“Unfortunately, Beyonce and Solange had previous engagements which made it impossible for them to attend.”

There is no word on if his pre-school aged son was in attendance.