CNN Special Commentary Part I: Responding to Racism is not Reverse Racism 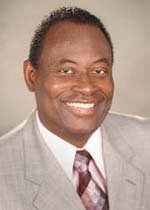 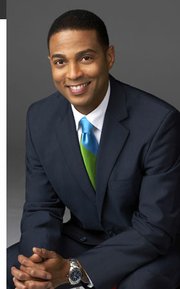 On Monday, July 1, 2013, CNN aired the special program "N-word vs 'Cracker’: Which Is Worse?" hosted and moderated by Don Lemon. The segment stemmed from the George Zimmerman trial, coming as a result of the prosecution’s star witness’ claim that the late Mr. Trayvon Martin told her a "creepy ass 'cracker’" was following him just moments before his life was unrightfully taken. The defense attorney deftly took what Trayvon Martin was purportedly to have called Zimmerman - a "creepy ass cracker" - and successfully turned it into reverse racism. The use of the term "cracker" caused a fast and furious fallout throughout White America, raising the question over which term is most offensive - cracker or nger - and prompting the discussion of what is racism?

In listening to this televised debate, it was realized that some may believe that the word "cracker" is equally as derogatory, demeaning, and dehumanizing as the n-word. Even though arguments were had concerning the racial offensiveness of the term "cracker", the unequivocal and unanimous consensus of the CNN panel was that "cracker" is not on the same plane by any means as the n-word given each term’s history, meaning, and purpose. [To be clear, "nga" was undeniably meant to be racially offensive and dehumanizing, and was not based on the job/authority of the slave whipper (which is the origin of the word "cracker").]

The defense attorney’s ability to take Mr. Martin’s use of the term "cracker" and turn it into a racist comment brought to light the question of whether or not black people can be racist? This question strongly resonated with the American public and has given great cause to address the issue of racism, and its relationship in the Black community.

While it’s clear that when other races use the n-word it’s an issue of racism, deliberate efforts have been taken to refrain from making use of the n-word a racist issue in past commentaries. Instead, diligent care is taken to focus efforts of eradicating use of the n-word by the Black community, and helping blacks see the slights being caused by their own hand within their own community by referring to one another as "ngas". Frankly, Black Americans’ self-internalization of the n-word is an issue all unto itself that must be addressed and fixed if Black America is to stand strongly, united, and effectively to fight the issue of racism external to the community. However, as a result of the CNN special, the denigrating question "which is worse?", and the manner in the discussion even came to be, an exception is being made in this case and racism will be given the attention it warrants.

To raise such a question of which term is more offensive is an invidious comparison and is really a slap in the face to the Black/African-American community. Until the Zimmerman trial, "cracker" was just another word, albeit one that can be contextualized in a derogatory fashion. Redneck, honky, poor white trash are all derogatory terms, but are they racist terms?

Redneck and poor white trash are terms that originated amongst whites and when used by non-whites can take on a derogatory slant. Honky was ascribed to whites by black slaves - and literally means "red-eared person" or "white person" in the West African language Wolof, but is it racism? Up to the Zimmerman trial, white people have never reacted in an ethnocentric fashion over a word attributed to them - except during the 60s when the Nation of Islam ascribed "Blue Eyed Devil" to white folks. Cracker, redneck, and honky were just words but the term "Blue Eyed Devil" touched a nerve. Even Indians referred to the white man as "paleface" and as one who speaks with a fork tongue. But in any of these cases, can the minority groups really be considered racists? To answer the question, it is important to define, understand, and analyze what racism means exactly.

Firstly, racism is an unnatural demeanor invented by white people and did not exist until the enslavement of blacks. Racism is a power relationship between two groups. To be a racist, "one" group must have power and wealth to exact injustice upon "another" group. Black people have not been able to come together to deprive or hurt another group and, thus, are not in a position to even practice racism. Some will argue that Minister Farrakhan is a racist but he IS NOT; rather, as opposed to kowtowing, going along just to get along, or being submissive to paternalism, he is reacting to unwarranted bigotry and oppression. Farrakhan and no other Black American is in a position to be a racist. In the following video clip, Richard Pryor is not practicing racism, but is "reacting" to racism as opposed to being "submissive": www.hulu.com/watch/1477 For more than five centuries, racism has legitimized assassinations, massacres and genocides. The doctrine of White Supremacy has demonized, brutalized and dehumanized non-whites of the earth. Racism has been the global driving force behind the dispossession of continents and the destruction of civilizations and the extermination of an entire people.

Despite the long struggle against racism, it continues to pollute people’s mental environment. Its enduring potency insures that people are denied opportunities, justice and human rights. Key institutions stay racially monolithic, and racial privilege endures as the recent Supreme Court decision on the Voting Rights Bill validates this truth.

The 1638 Maryland Doctrine of Exclusion became, and still is in this 21st century, the doctrine of racism towards black people. As such, when black people go along just to get along, accepting the notion being advanced to them that when they react to racism that the "reaction" itself can be construed as reverse racism, is inaccurate and misleading and must always be rejected.

Other than the n-word, perhaps, the only other word in the English language that’s as infamous and profane would be the term racist - not "cracker". The histories between these two words pretty much coincide, like hand and glove. To call a white person a racist today is almost as bad as calling an African-American n-word - both variations of the word remind each of their pasts and bring to light all of the negative feelings, struggle and strife experienced during a time of inequality, injustice, and inhumanity. It can be very injurious and hurtful to a white person to erroneously be labeled a racist, as both racist and the n-word are volatile terms. Neither the n-word or the term racist should be used as loosely as both are today.

A bit of advice to White America relative to those Black Americans who use the n-word: The Black community is divided on the use of the insidious n-word, a problem that Black America is going to have to work out for itself without any outside interference. Some non-blacks are genuinely concerned but the last thing they should do is get in the middle of something that their white forefathers created.

Whether non-blacks are discouraging and/or encouraging blacks about the use of the n-word, they are better served by simply being spectators. Some white people are making the egregious error of verbalizing the desire to use the n-word, using the excuse that if blacks are doing it why should the term be off limits to them? The larger question, though, is why are whites fanning the flames of racism by voicing such a desire? Two types of people use the n-word - racist people and those with an 18th century slave mentality. Respectable and honorable people, blacks and non-blacks alike, refrain from such usage.

Plainly, to call a black person racist is nonsense. Although Mr. Martin’s comment may seem offensive to White Americans, Mr. Martin’s was a response out of fear and frustration to the extreme racism/racial profiling and prejudiced he was experiencing in those final moments of life. Mr. Martin was truly being treated like the n-word for absolutely no reason at all; this situation in itself proves the truth that racism does still exist in America, and if the old ghosts of the past are to be buried once and for all, this unfair treatment of Black people must all come to an end, and Black America must also stop being complicit in their self-negation of labeling themselves as the n-word (nga). Though you may not personally use the term, but condone use of it by others you are equally complicit.

In Part II or the second installment of this discussion, use of the n-word (nga) and those who participated on the CNN panel as invited guests will be discussed as their selection is most curious as well as their input.

H. Lewis Smith is the founder and president of UVCC, the United Voices for a Common Cause, Inc. (www.theunitedvoices.com); and author of "Bury that Sucka: A Scandalous Love Affair with the N-Word". Follow H. Lewis Smith on Twitter: www.twitter.com/thescoop1