Mayor Parker Announces Winner of the It Can Wait, Houston Video Contest 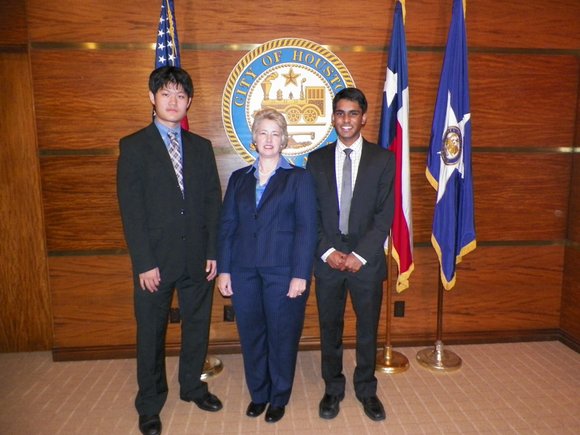 Bellaire High School produced the winning video in the Mayor’s Youth Council contest surrounding Mayor Parker’s It Can Wait, Houston anti-texting campaign. A total of 11 videos were submitted by students from high schools all over the city. The Memorial High School Debate Team and Kingwood High School took second and third place, respectively. The videos will be promoted through social media and the winning submission will be used by the Houston Fire and Police Departments in safety presentations at area schools.

“Our youth tend to think nothing can hurt them, that they are invincible,” said Mayor Parker. “That is why it was so important to me that they be involved in this campaign. It’s clear they took my charge to them very seriously. Their videos do an excellent job of depicting the dangers of texting and driving. I hope their messages will help convince their peers, as well as adults, to put the phone down while driving. We all have to change our habits and refuse to put our own lives and the lives of others at risk.”

The winning videos are available for viewing at the following YouTube links:

Mayor Parker’s It Can Wait, Houston campaign is an extension of AT&T’s national Texting and Driving-It Can Wait movement. The local effort is being guided by a task force consisting of representatives of law enforcement, government, education, corporate, medical, professional and faith-based organizations.

An anti-texting editorial written by Mayor Parker recently ran in numerous local newspapers, including the Houston Chronicle. A public service announcement featuring the mayor and rapper Bun B has been running on local cable and radio stations since April. Events are being planned at area high schools to coincide with the start of school. In addition, the mayor is asking local companies to join the campaign by instituting anti-texting while driving policies. Residents can get involved by via Twitter and Facebook. Use the hash tag #itcanwaithou.

Houston is believed to be the first city in the nation to take this issue on in such a big way.