Monogamy: Who needs it? 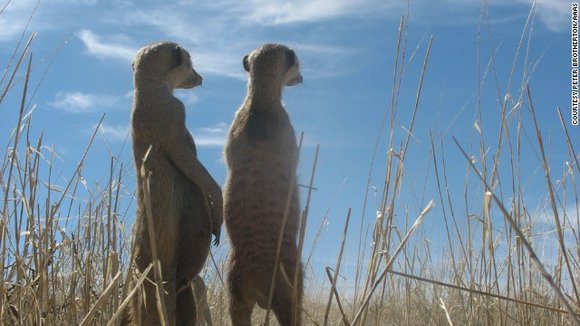 Humans don't always remain faithful to just one mate for life, but many -- at least theoretically -- subscribe to the idea of monogamy.

Scientists are still asking: Where did this tendency to form lasting relationships with just one other person come from?

Two studies published this week address the question of why social monogamy evolved in some mammals. But they don't agree on the answer: One says dads stick around to protect their kids from being killed; the other says it's because of resource distribution and the female diet.

Why, or why not, monogamy

About 90% of bird species demonstrate social monogamy; this is true for less than 3% of mammals.

Living in pairs makes sense for birds because successful child rearing requires both parents to incubate and provide food for the babies, which hatch from eggs. On the other hand, in mammals, the fetus grows inside the mother, and she lactates to feed the baby -- activities in which males don't play a role.

"We would predict that males should have additional time and additional energy, which they might use to increase their fitness by mating with additional females," said Dieter Lukas, a postdoctoral researcher in the department of zoology at the University of Cambridge. "Why then do males in some species stick around rather than try to find additional females?"

Typically, male mammals mate with multiple females in a single breeding season, a system called polygyny. If a male animal's evolutionary goals are to survive and reproduce, monogamy represents a problem; staying with one partner limits his seed-spreading potential.

In primates in particular, however, about a quarter of species display social monogamy. The phenomenon appears to have developed about 16 million years ago, which is relatively late in the history of primates, according to a new study led by Christopher Opie at University College London.

This breeding structure is also seen in wolves, jackals, beavers, meerkats, spiders, shrimp and many other animals. So there must be an important evolutionary reason (or reasons) that males of some species stay with just one female partner until one of their deaths. But what?

Because of male infanticide?

Opie's study, published in Proceedings of the National Academy of Sciences, focused on primates, a subgroup in which humans fit, along with relatives such as chimpanzees and gorillas. It's important to note that the researchers used "social monogamy" in this context to mean "living in pairs."

Researchers analyzed the family tree of primates and used a statistical technique to gain insights from what we know about the genetics and behaviors of 230 primate species. They posited that there are three possible explanations for social monogamy in this group.

One is parental care -- that the father sticks around to help carry the children; for instance, some monogamous New World primates often give birth to twins.

Another idea is that females are spread out in the territories that they occupy, meaning males have a hard time claiming more than one female.