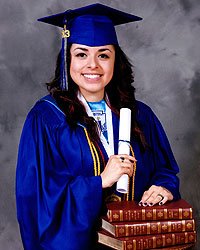 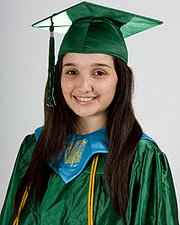 Iannellee Garza, who plans to major in biology at the University of Texas at Austin, attended schools in La Joya ISD before coming to Austin. She is a member of her school’s National Honor Society and Science Club. She is also active in the Sea Scouts and the Harrisburg Rotary.

In her spare time, Garza enjoys reading, sailing, and traveling. She lists her favorite subject as European history, and she was included on her school’s Honor Roll. Garza has received scholarship offers from Texas A&M University, the Houston Endowment, the Houston Livestock Show & Rodeo, and the U.S. Navy. 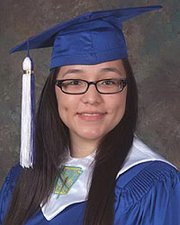 A product of HISD, Priscilla Ruiz attended The Rice School before coming to CECHS. She is a member of the Ambassadors’ Club and serves as parliamentarian of the Student Council. Ruiz lists her favorite subjects as English and psychology, and she plans to pursue a degree in organizational leadership at Texas A&M University this fall. In her spare time, Ruiz enjoys reading, writing novels, and baking. 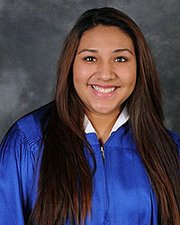 Isabella Serrato attended Patterson Elementary and Stevenson Middle schools before graduating from Chávez. She enjoys reading, dancing, and playing volleyball in her spare time. Serrato lists her favorite subject as U.S. history. She plans to attend the University of Texas and major in petroleum engineering.

Serrato is a member of the National Honor Society and the History Honor Society. She is also active on her school’s varsity volleyball and softball teams, through which she has been named Most Valuable Player and All-Tournament Player. Serrato is the recipient of a Metropolitan Scholarship from the Houston Livestock Show & Rodeo. 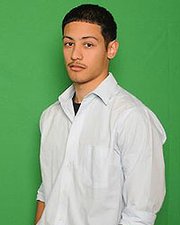 Yaziel Zamora is a product of Sánchez and Dávila Elementary and Ortíz Middle schools. He plans to major in chemical or electrical engineering at Rice University. Zamora lists his favorite subjects as mathematics and science, and his hobbies as playing football, baseball, soccer, and billiards. 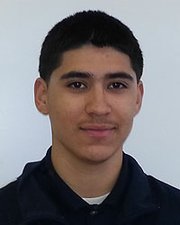 Daniel Delatorre attended Almeda Elementary and Grady Middle schools before graduating from Empowerment. His favorite subjects are biology and literature, and he lists his hobbies as playing baseball, swimming, and collecting sneakers. Delatorre has received awards for outstanding performance in algebra, world history, chemistry, and English, as well as commended performance in mentoring. He also won his school’s Principal’s Choice award and was named “Most Likely to Be Your Employer” twice.