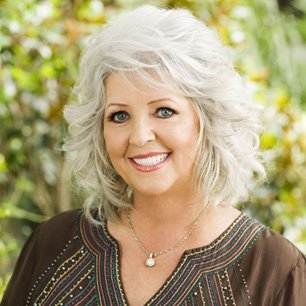 Celebrity chef Paula Deen denies she's ever told racial jokes, but she did acknowledge using the "N word," according to her deposition in a lawsuit.

A former manager at Deen's restaurants in Savannah, Georgia, is suing her and her brother for sexual and racial harassment.

LIsa T. Jackson's lawsuit alleges that Deen and Bubba Hier committed numerous acts of violence, discrimination and racism that resulted in the end of her five-year employment at Deen's Lady & Sons and Bubba's Seafood and Oyster House eateries in Savannah.

"Contrary to media reports, Ms. Deen does not condone or find the use of racial epithets acceptable," her lawyer, Bill Franklin said. "She is looking forward to her day in court."

Her company issued a statement Thursday saying Deen used the epithet, but in a "quite different time" in American history.

"She was born 60 years ago when America's South had schools that were segregated, different bathrooms, different restaurants and Americans rode in different parts of the bus. This is not today."

The Food Network, which airs three shows featuring Deen, issued a statement saying that it would "continue to monitor the situation."

"Food Network does not tolerate any form of discrimination and is a strong proponent of diversity and inclusion," the network said.

The language in question was revealed recently as part of a deposition of Deen by Jackson's lawyers in May.

Jackson lawyer: "Have you ever used the 'N word' yourself?"

Deen testified that she probably used the racial slur when talking to her husband about "when a black man burst into the bank that I was working at and put a gun to my head."

"I didn't feel real favorable towards him," she said, referring to the robber.

Jackson lawyer: "Have you used it since then?"

Deen said she couldn't remember other contexts in which she used the slur, but "maybe in repeating something that was said to me."

"But that's just not a word that we use as time has gone on," she said. "Things have changed since the '60s in the South. And my children and my brother object to that word being used in any cruel or mean behavior."