Airliners too close for comfort over New York 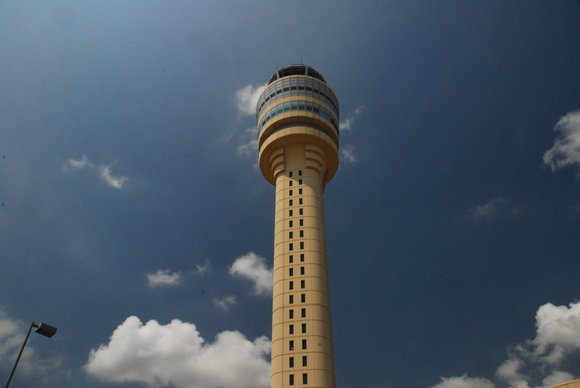 A pair of large passenger jets passed alarmingly close to each other in the busy skies over New York, the FAA said Friday.

Although the Delta Boeing 747 and Shuttle America Embraer E170 landed safely, the June 13 incident has triggered an FAA investigation, the agency said.

It happened about 2,000 feet above the borough of Queens, the FAA said, as the 747 Jumbo Jet was approaching John F. Kennedy International Airport and shortly after the E170 had taken off from nearby LaGuardia Airport.

Both planes were turning away from each other at the point where they "lost the required separation," an FAA spokeswoman said. Delta Air Lines said it was cooperating with the FAA's investigation.

The incident offers an unsettling reminder of the region's complicated and crowded air traffic landscape.

At their closest, the two planes were separated by about half a mile horizontally and about 200 feet vertically, the FAA said.

Under FAA regulations, they were required to be at least three miles apart horizontally or 1,000 feet apart vertically.

Air traffic control audio recordings revealed how a controller alerted the larger Delta plane and rerouted it as the Shuttle America Embraer jet closed in.

The 747 is one of the world's largest passenger airliners, with a capacity of about 350 to 400 seats. The Shuttle America E170 has a capacity of 70 to 80 passengers, according to Embraer's website.

What makes daily air traffic in the region challenging are its three major airports -- JFK, LaGuardia and Newark's Liberty International Airport in New Jersey -- all sharing airspace over one of the nation's most populated cities.

"New York has a very, very tight airspace," said Phil Derner, founder of the aviation news site NYCAviation.com. "You're talking about three major, packed airports that are trying to act in unison. It can be very unforgiving."

The scare follows a string of close calls during the past few years across the nation's skies.

Last year, a control tower miscommunication resulted in three airplanes barely missing each other over the nation's capital.

Also last year, a passenger plane over Denver was caught on radar steering directly into the line of other aircraft, narrowly avoiding a collision.

In 2010, a pilot took a wrong turn at Boston's Logan International Airport, steering directly into the path of another plane. A crash was avoided after an air traffic controller quickly called for the plane to stop.