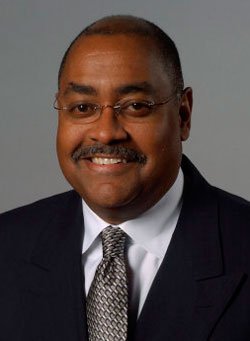 The U.S. Supreme Court recently heard a case which seeks to overturn the historic Voting Rights Act. If opponents of the Voting Rights Act succeed, I believe the protection of Texas voters and those all across the nation would be at severe risk.

The court heard arguments in Shelby County v. Holder, which argues that Section 5 of the Voting Rights Act is unconstitutional. As you know, Section 5 requires states with a dark history of racial discrimination -- Alabama, Alaska, Arizona, Georgia, Louisiana, Mississippi, South Carolina, Texas and Virginia -- to receive preclearance from the Justice Department or a federal court before making any changes to voting laws.

Once the subject of widespread bipartisan support -- it was renewed in 2006 98-0 by the Senate, 390-33 by the House and signed by President George W. Bush -- the Voting Rights Act has become a target of extremists attempting to reduce minority participation in the electoral process. These opponents contend Section 5 violates "states' rights" to enact their own election laws, even though the Voting Rights Act, particularly Section 5, was created to remedy the very "states' rights" that created Jim Crow in the first place.

Opponents of the Voting Rights Act argue that "things have changed in the South,” so we no longer need to have explicit protections for minority voters. After all, minority voter turnout and registration rates are nearly equal to that of Anglos and minorities hold many offices, which "proves" no real discrimination exists any longer in the South. If only that were true.

First, in Texas and all across the nation, opponents of the Voting Rights Act have pushed blatantly political voter ID laws, a clear attempt to impose stringent restrictions that harshly impact African American, Hispanic and elderly voters to combat the phantom specter of voter impersonation. Even though there are more UFO and Bigfoot sightings than documented cases of voter impersonation, virtually every single state under Section 5 has passed legislation mandating voter ID. In 2003, only one state had passed an explicit mandate for photo identification at the polls; in 2011 alone, 34 states introduced bills requiring photo ID and, since 2006, every state under Section 5 but Alaska has passed such a requirement.

The only reason many of these laws were not in effect in 2012 is because the Department of Justice was able to intervene under Section 5.

Secondly, in redistricting Texas gained four congressional seats due to population growth, which was exclusively due to the dramatic growth in the minority population, particularly among Hispanics. Yet only one of the four new seats drawn by the Texas Legislature in 2011 was a majority-minority seat. The Department of Justice -- and federal courts -- had to again intervene to block Texas' attempts to discriminate against minority voters. The Mexican American Legal Defense Fund has rightly called Texas "the poster child for why we need Section 5" because we continue to make "persistent and clever attempts to narrow the franchise."