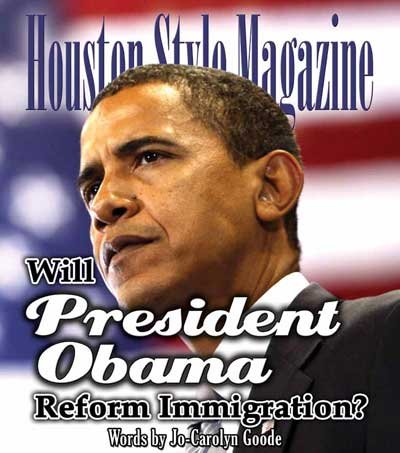 For years immigration has been a hot button issue. Some believe in the deportation of everyone that is in America that is illegal, while others have the vision for a better pathway to citizenship. One of President Barack Obama’s top priorities during his second term of office was to reform immigration. He believes that young people, who are not endangering America, should be able to gain citizenship through military service or the pursuit of educational prowess.

Many are in agreement with President Obama. According to the latest Gallup poll more than half of American citizens are in favor of immigration reform. Ground for immigration reform is also being gained in Washington. It use to be standard thinking for Republicans to be in favor of deportation of illegal immigrants, but now many are thinking of some sort of middle ground. Conservative Republican Senator Rand Paul said, “Let’s start that conversation by acknowledging we aren’t going to deport 12 million illegal immigrants. If you wish to live and work in America, then we will find a place for you.” Sen. John McCain has said, “It is imperative that fellow Republicans support comprehensive immigration reform this year.” One top reason for the shift in the Republican mindset is the lost of Hispanic supporters. In the Republican National Committee’s state-of-the-party report it clearly stated that in order to get Hispanic support, Republicans “must embrace and champion comprehensive immigration reform.” A shift in thinking that is music to the ears of Democrats. "We must comprehensively reform our immigration system to include secure borders and a pathway to legalization for those who meet certain criteria,” Congressman Al Green said.

Besides wanting young people to become citizens, the president also proposes a way for other illegal immigrants to become citizens in an effort to keep families together. Recognizing that if a child of an immigrant becomes a citizen the parents could be deported, the president wants to allow undocumented spouses and children of U.S. citizens to stay in the country while starting the legal immigration process.

Weighing out the pros and cons of increased immigration can complicate the issue even more so. Pros for increasing immigration include more skilled workers in America, increasing diversity, giving people an opportunity for a better life, and an incentive to illegal immigrants to become legal citizens. The cons are increase opportunity for terrorists, increase usage of government resources, less skilled Americans might have fewer job opportunities and money due to an increase in competition form immigrants becoming citizens.

It is looking hopeful that President Obama will make history again with another landmark legislative issue. Only time will tell if a pathway to citizenship will be a reality for the millions upon millions of undocumented immigrants for a more cohesive and diverse America.