Snoop Dogg Speaks Out About Gangsters 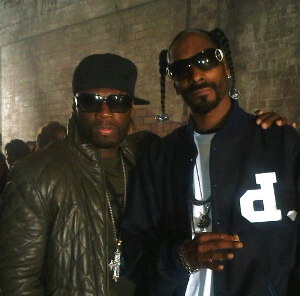 West Coast rap veteran Snoop Dogg recently gave his take on today's hip-hop scene and why perceived gangsta portrayals are nothing compared to what he really went through coming up.

In Snoop's perspective, the lack of true street credibility is present in today's rap game.

"It's not real. Where I come from, we got put on a set. I had to walk down the line and fight three or four of my homies for two, three or four minutes and then go do something and then go do something again and now, I'm in the hood," Snoop said in an interview. "Nowadays, you can just say this is where you from. You ain't got put on, you ain't got no resume, you ain't got no TRW. We ain't got no backtrackin' to even say who you are and what you were. Where I come from, you had to do things to create a name for yourself and visibly do things, even if it was negative. But you had to put in work. Nowadays, the only work you gotta put on is make a record. The record is your work." ("Sway In The Morning")

A few years ago, G-Unit's Lloyd Banks weighed in on the idea of gangsta rap eventually fading away.

I don't think gangsta rap could ever be done or finished. When you ask yourself 'what's gangsta'? To me being gangsta is being responsible for your actions. Being a stand-up dude or girl, and don't compromise for anything. Somebody who don't bend, someone who does what they want to do. Hip-Hop comes from the street. I think that will never go away. There's always going to be somebody with bad luck, who inspires to be better, to be from poverty, somebody who knows what it feels like to hurt and as long as that's there and everything ain't good." (VIBE)

"[Gangsta] rap has a lane. That's why I get confused sometimes with reality rap, conscious rap, I feel like we're completely conscious with what's going on, that's why we speak on current events. I'm not going to get on a record and act like things are all peachy." (VIBE)

West Coast rapper Game previously singled out self-proclaimed "gangsta" rappers and pointed out the lack of real street credibility among them.

"All these people thinking they're gangsta. And after the Rick Ross song ["B.M.F."] everybody thinking they're Big Meech again, Larry Hoover," Game explained in an interview. Nobody really should wanna be that or aspire to be that 'cause you're gonna end up in a coffin. And trust me, man, most of these rappers, outside of me, 50 [Cent], and maybe Waka Flocka and some other muthaf*ckas, ain't never felt bullets man, ain't never had a brush with really actually having your life erased. So a lot of these rappers out here playing, man; that's just not the message I'm trying to send across no more."