NBA Player 'Comes Out' -- but Tolerance Cuts Both Ways 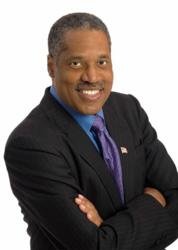 Compared to the hell Jackie Robinson went through, Jason Collins is getting a ticker tape parade.

Collins, a 12-year National Basketball Association player, recently wrote a column in which he announced that he is gay: "I didn't set out to be the first openly gay (male) athlete playing in a major American team sport. But since I am, I'm happy to start the conversation."

When comedian Ellen DeGeneres came out in 1997, she appeared on the cover of Time magazine with the earth-shattering headline, 'Yep, I'm Gay.' With a general population that surveys put at about 4 percent homosexual (although estimates run as high as 5 to 10 percent), is anyone surprised that, in a country of 10,000 or so pro athletes, gay male athletes exist? After all, the WNBA, the NBA's sister league, features several openly gay players. When the league's top draft pick, Phoenix Mercury center Brittney Griner, recently "came out," the media and fans said "ho-hum." But when Collins came out, he became front-page news as the first male to do so.

At one time, gay athletes like Billie Jean King and Martina Navratilova lost fans and endorsements. In Collins' case, one of the few discordant notes came from a professional football player who tweeted: "All these beautiful women in the world and guys wanna mess with other guys. SMH (shaking my head)." Four minutes later, he sent an apologetic tweet and got publicly slammed by his employer, the Miami Dolphins.

Presidents Bill Clinton and Barack Obama praised Collins for his courage. Obama even called the athlete to offer his support.

Will fans, as happened during Jackie Robinson's playing days, shout out slurs with no fear of getting thrown out of the arena or getting beaten up by outraged fans?

Will Collins' teammates, as in Robinson's case, pass around a petition signed by a number of teammates, stating they refuse to play with him?

Will they tell gay reporters, as they did black reporters during Robinson's day, to sit in the stands, typewriter on the lap, rather than in the press booth with the other reporters?

What happens to a player who says, "I think homosexuality is a sin," or, "Got no problem playing with or against him, but I don't approve of his lifestyle"? Or a player who asks: "What's all this business about 'bravery'? What Collins does behind closed doors is his business. Why do I need to know about it?"