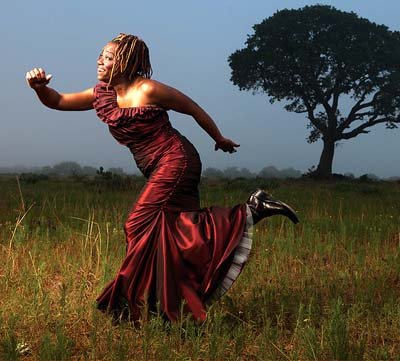 This week, Jazz/Bluegrass Vocalist and Bandleader Jacqui Sutton launched the second video in her live performance series of singles from her albums, Notes From the Frontier and Billie & Dolly. This week’s release is “Hummingbird,” a multi-rhythmic combination of bluegrass and jazz.

“When I thought about about hectic flight pattern of the hummingbird, Blue Rondo a la Turk came to mind, and the motif worked not only to change up the rhythm but add an unexpected drive to sections that feature it," said Sutton.

Here you'll find that Eddie Lewis of the Frontier Jazz Orchestra shines, playing the role of the hummingbird by way of the trumpet. In addition, you'll hear hints of Patsy Cline and Honky Tonk on the bridge.

Sutton's Sophomore album, Notes From the Frontier has been well received, even in the most unexpected markets like the Canadian Province, Brooklyn, Ohio, Alaska, Nebraska, Wisconsin, Michigan, Colorado, New Hampshire, Florida, Southern California, New Orleans, and even as far away as The Netherlands; it even landed in the number one spot on the CMJ Jazz Add Charts when it was released last fall. Notes From the Frontier also hit the Top 40 Roots Music Radio charts during its radio campaign.

Click here to watch the live performance of “Hummingbird.”

To learn more about Jacqui Sutton, please visit her official website http://www.jacquisutton.com/. To listen to her album, click here.