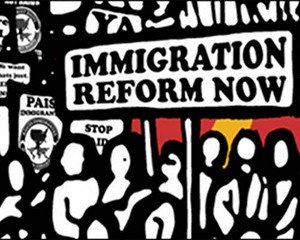 I am a hotel housekeeper in Los Angeles, so immigrants are not some scary unknown other. In fact, some estimates put the number of entry-level positions in U.S. hotels and restaurants as high as 80 percent. But these workers aren't a number; they are my friends, neighbors and coworkers. And my immigrant co-workers know full well what many people in America think of them.

I was born in 1951. I lived through the Civil Rights Era and beyond, so I know a thing or two about prejudice. Most of my co-workers in the hospitality industry speak multiple languages, and observe different cultural customs, but we share the same work ethic, often surviving from paycheck to paycheck. But there is one glaring difference between us, and that is the fear of speaking up and out when workplace injustices consume our daily lives.

I entered the hospitality industry in 2010. It took me all of one week to realize what I did not want to believe. My housekeeping sisters, mostly Latina, were treated different than me. Housekeeping is damn hard work, and frankly I didn't quite know what I was getting into when I started the job. But my fellow housekeepers showed me the ropes, and helped me learn to do the job. We began holding deeper conversations and getting to know one another. They let me into their inner sanctum, sharing with me details of their escape from brutal poverty in their home countries, and crossing into what they needed; a place of safety to work and raised their families. And in kind, I told them about my struggles as an African American growing up before and during the Civil Rights era.

Workers on temporary visas are incredibly vulnerable to employer intimidation and harassment. According to the academic paper Immigration and the Hospitality Industry, "with an estimated 12 million immigrants in this country and an estimated 1.4 million immigrants working in foodservice operations alone, immigration reform, and E-verify specifically, may have a major impact on the hospitality industry." In some industries, workers have been threatened with being put on a "black list" if they cause trouble. Just a few weeks ago, after a new management company took over a hotel in San Diego, workers were threatened with the use of E-verify, a service that is not mandated by the government to check documented status. Nine workers and their allies went on a hunger strike in protest, as nine workers stood to (and ultimately did) lose their jobs. Others around the country have even been physically intimidated or threatened with deportation. This is absurd. We can't have a second-class group of workers in a place of employment.

But together my hospitality co-workers are rising to the challenge. Let's help bring true immigration reform to America. As Maya Angelou once said in 1986, "Prejudice is a burden which confuses the past, threatens the future, and renders the present inaccessible." And I say to workers everywhere, do not let your prejudices hinder economic justice. Talk to one another, not at one another.

I stand in support of immigration reform. With real reform, immigrant workers can come out of the shadows and speak out against low pay and abusive treatment. This is good for ALL workers. Many companies used to hire African Americans because they wanted to exploit them and pay them less money. Now they are doing it with immigrants. It was wrong then and it is wrong now.