The Hidden Costs of Diabetes 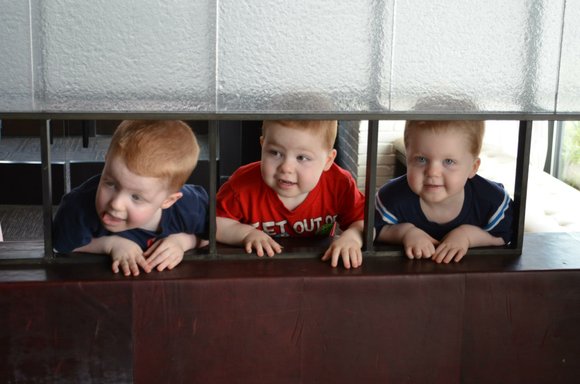 So it’s been in a bit of time since my last article and honestly it was just due to life getting in the way. That happens. My family moved into a new home…hopefully, Lord willing, our forever home. And as most big moves happen, it was with us. A blur of boxes, helpers, adjustments, administrative junk, hidden costs, money flying out the window, and scrambling to just get us all re-settled into a new rhythm of life. But during my move it kept rattling around in my head that often times, life with diabetes relates in some ways to a big family move. You think you plan and prepare and pack everything you need. You expect to have lots of help on hand and end up scrambling to adjust to some unforeseen stumbling block or expense you didn’t see coming. So that is why I’m dedicating this particular article to just that …

The Hidden Costs of Diabetes

To really understand the hidden cost associated with a diabetics life, you must understand the definition of the word – Cost. Merriam Webster defines cost as simply “the amount paid…or expenditure made to achieve an object”. However, it is further described as a transitive verb meaning more accurately, IMHO, “to require suffering, or loss…to have a price of or to pay for something”. This latter definition more accurately depicts what I feel is the full rounded view of the cost of diabetes. You see the cost of diabetes goes far beyond the cost of medical bills and prescription co-pays. For us, as a family, we have already seen the FAR reaching costs…the suffering and/or loss endured…to having diabetes forever attached to us. And I know we have in NO WAY scratched the surface with our poor boy only being 3 years old. But to begin, let’s start with the easy stuff, the almighty Cha-Ching of it all.

We have a pretty good insurance policy and a solid coverage with good networks of doctors and care for our family with little out of pocket by the way of monthly premiums thanks to my husband’s very gracious employer. For that little fact alone we are eternally grateful. Especially because prior to this job we paid over 100 dollars per vial of insulin for our son…but I digress. However we do have good, great even, insurance for our family. But, like every other insurance policy out there, it has limitations. Deductibles to meet, max out of pockets to spend, items covered in network but not out of network or not at all. Etc. The top of this list of things not covered, for us, is the pump supplies. That means, my son’s insulin pump itself (the item that delivers insulin to his body on an hourly basis) and all the infusion sets, insulin reservoirs, batteries and more, that are needed to make the pump work, are completely paid for out of pocket by the Bank of Mom and Dad. The pump’s alone can run upwards of 5k on average depending on the type you get and most will last you a good 4 years or more (so we are told) and that’s IF your very rambunctious 3 year old child doesn’t take a swing off the jungle-gym playing super hero and 86 his small pager-sized vitally important life-saving equipment before that time comes. Most pump manufacturers have programs for cash pay instances, and some insurance policies do partial coverages and such, but don’t ever make the mistake of thinking that IF a diabetic has insurance…then they are A-OK in the money department. There are also the Infusion sets and insulin reservoirs which are made to be disposable and must be switched out every three days at best (sooner if there is an illness or accident that damages the infusion site). They are considered to be a DURABLE MEDICAL item and thus NOT covered. We spend a pretty penny on those bad boys and I can’t tell you how often I’ve cringed because one was yanked out by mistake during a diaper change, bath time, babysitter error, or curious little brother who attempts to jump-rope on big brother’s “tubing”. Gee thanks junior, that just cost mommy and daddy 50 bucks! Beyond the pump there are the ancillary costs of things like IV Prep pads and Alcohol Swabs. Now, Okay okay, I know you are thinking, “really lady…a little alchohol swab is breaking your bank…what are they like 50 cents a pop?!” Well you’d be wrong, they are cheaper than that, but add up the fact that I use about 10 a day, every day, for the rest of my child’s life, and that adds up. And insurance doesn’t even count that towards a deductible. And those IV Prep Pads we use, every three days, etc…it’s just one more thing. One more little cost of diabetes that is unavoidable and yet – money out of our pocket. All told, I asked my money-minded hubby what HE thinks we spend a year over and above insurance deductibles and co-pays and he estimated it at just over $2500.00 per year on just equipment. But that doesn’t really scratch the surface. My son not only needs a pediatrician to watch over him, but an endocrinologist, an eye doctor, a pediatric dentist, and that just for now. As he grows, and his diabetes grows with him, a multitude of specialists could be added to the list of doctor’s we’ll get to see so we easily tack on roughly 10 “standard care doctor visits” a year. And their handy dandy co-pays. It adds up quick and I’ll spare you the ACTUAL math of it all and jump over now to the next layer of cost of diabetic living.