5 Things Americans Should Know about Guantánamo 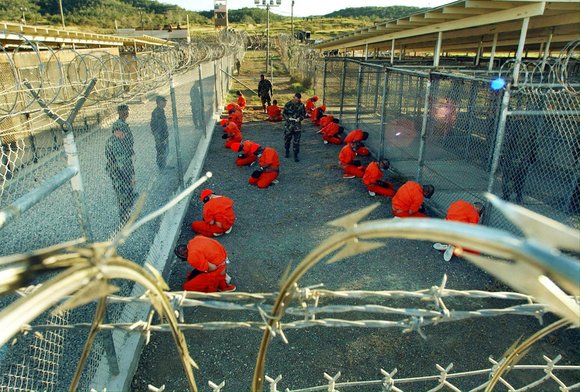 When was the last time you read, saw or heard much from the media about the Guantánamo Bay prison? Eric Wentz, a 26-year veteran of the U.S. Navy who worked as an interrogator and linguist at the prison, says it’s no mistake if you haven’t.

“I remember when there were Guantánamo stories on a near-daily basis – that was when President Bush was in office. But there have been comparatively few Gitmo stories during President Obama’s tenure,” says Wentz, a former intelligence officer and author of a new Readers Choice Award-winning novel based on his experiences, “Killing Sharks: De Profundis,” (www.ericwentz.com http://www.ericwentz.com ).

“The United States is still holding more than 160 prisoners at our prison in Cuba and, while critics here and abroad have protested their indefinite detention without charges or trials, they represent a real risk to our national security,” Wentz says.

“Americans should be well-informed when these debates arise, and they simply are not.”

• Letting go of detainees is not a good option. Al-Qaeda’s current No. 1 and No. 2 leaders in Yemen were once prisoners at Guantánamo, and the terrorist group’s No. 1 in Libya also came from the prison. In Southern Russia, a number of former detainees went on a rampage, killing more than 100 innocents during a single afternoon of attacks. In fact, these outcomes after detainees are released have become so common, Wikipedia has a page devoted to it: “lists of former Guantanamo Bay detainees alleged to have returned to terrorism.”

• The potential for diplomatic chaos. It’s not hard to ruffle the feathers of other world powers, which often compromises U.S. relations globally, as witnessed in the aftermath of Edward Snowden’s leaks of NSA spying and the Syrian crisis. Imagine the blowback onto the United States if one of its military bases frees a detainee that later assassinates another nation’s leader or government official.

• Gitmo: the misinformation campaign. During Wentz’s time at the prison, there was absolutely no indication that torture of any kind ever occurred. “To my knowledge, only four terrorists were ever waterboarded – and that was done by the CIA, and not at Guantánamo,” he says. Yet reporting insinuates that torture is a common occurrence there. “I once read a headline: ‘Guantánamo Detainee, Who Was Waterboarded, Tells Int’l Community ….’ It doesn’t say where the waterboarding occurred, but the insinuation is there.” Such misinformation campaigns are among the tactics outlined in the Manchester Document, also known as the al-Qaeda Handbook.

• The International Red Cross says Gitmo is well run. The prison is well-run and should be a model for the treatment of prisoners worldwide – this is according to an assessment from the International Red Cross. This good news regarding the prison is likely something you’ve never read. Americans have been fed a steady stream of only bad news about the prison, but there are good reasons for its existence.

• Consider the source – the lawyers of detainees and their plea to the public. The only news coming out from Gitmo recently has involved the detainees’ hunger strike, which has had some success in its original purpose: to build sympathy. One of the lawyers for the detainees has also represented, in past decades, members of the Irish Republican Army, who used the same tactic while imprisoned by the British. The hunger strike came shortly after the lawyer’s visit, Wentz says, and it’s not coincidence. Additionally, while the British didn’t use feeding tubes, the U.S. military has, which is something detainees have come to count on, he says.

Eric Wentz is a 26-year veteran of the U.S. Navy, having served as an intelligence officer, interrogator and linguist. He has a bachelor’s degree in history and English literature, a master’s degree in linguistics, and a Master of Science degree and doctorate in educational administration. He is also a certified SCUBA diver and an experienced canoeist. His novel, “Killing Sharks: De Profundis,” has won the Readers Choice Book Reviews Bronze Award.