Reward for autistic teen missing in New York grows to $77,500 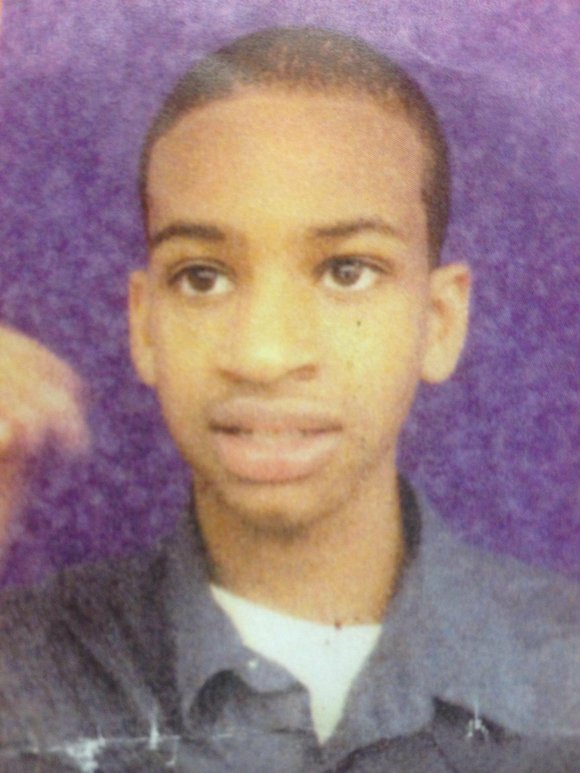 Police are still searching for an autistic teen that has been missing since he was last seen on video running out of his Long Island City school on October 4, 2013. Surveillance video shows 14-year-old Avonte Oquendo of Queens running out the door of Center Boulevard School in Long Island City. Police say Oquendo is autistic and cannot verbally communicate.

By Lorenzo Ferrigno and Laura Ly

The reward for the safe return of an autistic New York teen grew to $77,500 Monday as divers joined hundreds of officers who have been searching for him nonstop for more than a week.

Avonte Oquendo, 14, was last seen on surveillance video running out of Center Boulevard School in Long Island City on the afternoon of October 4.

The teenager, who is unable to communicate verbally, is fascinated by trains, his family said, and officials have shifted their search underground, a spokesman for the New York Police Department told CNN on Sunday.

Though there are no leads, Daniel Oquendo Jr. fears his brother may have been taken. He told CNN affiliate WABC, "It hurts. It's very stressful to know that someone would take an innocent, poor, mentally disabled child and take advantage of them."

Police Commissioner Ray Kelly held up a missing poster of Avonte at the Columbus Day Parade on Monday and said, "We have redoubled our efforts. We have hundreds of police officers and detectives engaged in this search. We've enlisted the help of the guardian angels society, many volunteers."

David Perecman, the Oquendo family's attorney, told CNN last week that he is looking into how Avonte was able to leave school grounds unsupervised.

"Right now, we have submitted a Freedom of Information Act request to the city and the various agencies involved, in order to obtain the information for us to know what occurred," he said.

"I just need to find my son because he needs his family; he cannot fend for himself out there," Vanessa Fontaine told CNN affiliate WABC last week.

"This is just the hardest thing, to have your child disappear and you cannot bring him home with you," she said.

The surveillance video provided by the police department shows that no supervisor or monitor stopped the 14-year-old when he ran out.

"He is supposed to have one-to-one supervision at all times," Fontaine said through tears. "He has the mental capacity of a 7- or 8-year-old."

The New York City Department of Education issued a statement saying it is working closely with police. The school is not commenting.

The Oquendo family filed a "notice of claim" Wednesday, said Perecman, marking the first step of a lawsuit against the city of New York. He declined to give further information about the claim.

Missing posters are being handed out, and the surrounding areas are under investigation, WABC reported.

Anyone with information about Avonte is asked to contact the NYPD's Crime Stoppers Hotline at 800-577-TIPS. The public can also submit tips at the Crime Stoppers website, nypdcrimestoppers.com or text to 274637(CRIMES), then enter TIP577.