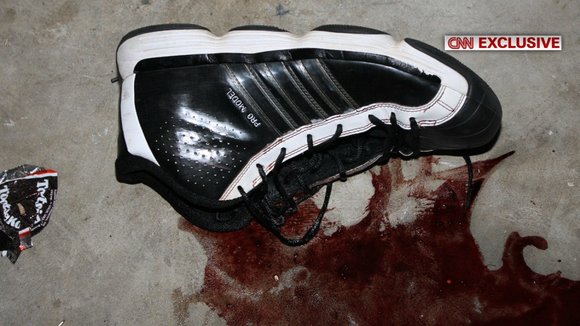 The family of a teen found dead in a rolled-up wrestling mat went to court Tuesday to demand a coroner's inquest into his death, arguing that conflicting autopsy reports require a second look by authorities.

Chevene King, a lawyer for the parents of 17-year-old Kendrick Johnson, said he expected that an inquest would find Johnson "was the victim of foul play," not the accident that authorities in his south Georgia hometown have ruled.

King said he expects a judge to hear the request by October 30.

A state medical examiner ruled the high school athlete suffocated in January after getting stuck head-down in the gym mat. But his parents, Kenneth and Jacquelyn Johnson, disputed the findings and won a court order to have their son's body exhumed for another autopsy.

The private pathologist who conducted that autopsy in June found that Johnson had a blow to right side of his neck "consistent with inflicted injury." And in the process, he discovered that the teen's body had been stuffed with newspaper after his internal organs were removed for the original autopsy -- a grisly find that only fueled the Johnson family's suspicions about their son's death.

In a coroner's inquest, a jury hears evidence and determines a manner of death. Another lawyer for the family, Benjamin Crump, said the proceeding is needed "so this family can have some peace in knowing what happened to their child."

Authorities in Valdosta, about 230 miles south of Atlanta, say the case is closed. But the U.S. attorney for the district that includes Valdosta has said he is reviewing the case and weighing whether to open his own investigation.

CNN's Devon Sayers and Matt Smith contributed to this report.