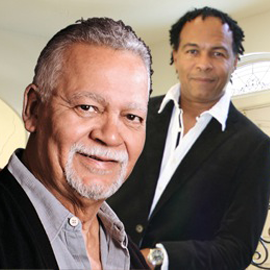 Grammy nominated jazz pianist Joe Sample will headline the 5th annual Henriette Delille Legacy Concert at the historic Galveston Opera House, 8 PM Saturday, September 28th, 2013. Sample is a founding member of “The Jazz Crusaders”, one of the most distinct Jazz groups in America. As a solo artist, composer and arranger, Sample has had a long string of successful recordings over the past three decades.

The concert benefits the Joe Sample Youth Organization, a 5013-c non-profit that provides scholarships and other financial aid to local inner city schools.

For more than four decades, pianist and composer Joe Sample has been an integral, innovative part of jazz history. As a founding member of the influential jazz funk combo The Crusaders (originally the Jazz Crusaders), and as a solo artist Joe has become an innovator of contemporary jazz piano. The electric keyboard was fairly new in the sixties, and Sample became one of the instrument's pioneers. Since the early 1980s, he has enjoyed a successful solo career and has played on many recordings by other performers and groups, including Miles Davis, George Benson, Jimmy Witherspoon, B.B. King, Eric Clapton, Steely Dan and the Supremes. Sample incorporates jazz, gospel, blues, Latin, and classical forms into his music.

Grammy Award winner Ray Parker JR. is a prolific songwriter, producer and recording artist. Parker is known for writing and performing the theme song to the motion picture “Ghostbusters”, also for his solo hits and performing with his band “Raydio”, and other notable artist such as Barry White, Chaka Khan, Aretha Franklin and Stevie Wonder.

Having returned to his hometown of Houston in 2005, Joe Sample created the “Joe Sample Youth Organization, Inc.”; a non-profit entity designed to raise funds for his childhood Catholic school, along with other inner-city Catholic schools and community centers in the Houston area. By organizing the now annual Legacy Concert, Sample is proud to give back to his community. After returning, Joe saw how his old neighborhood had deteriorated through gentrification. He saw that the school of his youth had deteriorated and decided to organize the Galveston benefit concert to support not only his childhood school, but also others in the area. “These Catholic schools and community centers have been an important part of the backbone of this city, helping to make the city what it is today.” In the years since creating the benefit concert, the organization has given over $210,000 in desperately needed scholarships and educational items to those schools involved.