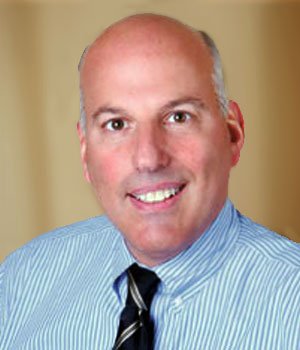 “Ninety percent of our brains are developed by age 12, so I’m asking parents to think about how a recurring decrease in the flow of oxygen and restful sleep to their child’s brain would affect his development,” says Dr. Gelb of The Gelb Center in New York (www.gelbcenter.com), a holistic dentist known worldwide for pioneering integrative treatments.

“Pay close attention to your kid’s breathing; if he or she is suffering from a sleep disorder, it may very well be obstructed breathing, which has been linked to attention deficit hyperactivity disorder, that’s causing the problem,” says Dr. Hindin of the Hindin Center for Whole Health Dentistry (www.hindincenter.com), who partners with Dr. Gelb in an interdisciplinary approach to treating chronic disease.

“Medical literature suggests that up to 80 percent of ADHD diagnoses have an airway/sleep component.”

October is the awareness month for ADHD – a non-discriminatory, brain-based medical disorder affecting people of every age, gender, IQ and religious and socioeconomic background. The good news, Dr. Gelb says, is that many such disorders are preventable. When children are 6 months, 18 months and 30 months of age, doctors can predict which ones are likely to develop disorders due to poor breathing.

The doctors say sleeping problems are serious and could very well require medical consultation. Additionally, they offer at-home, do-it-yourself tips for children and adults to promote better breathing during sleep, which is when obstruction typically manifests.

• Promote nasal breathing. Sadly, many people who suffer from breathing problems don’t even realize it’s a problem until something serious occurs, such as a car accident. Obstruction often occurs in the nasal cavity. An easy way to experience deeper sleep and potentially curtail a developing problem is by using Xlear Xylitol nasal spray with a Breathe Right strip. Apply the spray 15 minutes before bedtime.

• Prevent obesity. Excessive weight and obesity are the most common causes of sleep apnea – pauses in breathing or shallow breaths while sleeping. Obesity has more than doubled among children and tripled among adolescents in the past 30 years, according to the Centers for Disease Control and Prevention. The best medicine for prevention is a healthy diet – fewer processed foods; less sugar, salt and fatty snacks; and regular exercise.

• Create an ideal sleeping environment. Turn your bedroom into a sleeper’s paradise with cozy, high thread-count sheets, new pillows, soft lighting, and soothing noises from a sound machine. Add to these aesthetics a couple helpful, practical tools. If you tend to grind your teeth when sleeping, a dental night guard can help you awake refreshed and with no jaw pain. Eyeshades help people who relax best in complete darkness.

If these home remedies are not proving effective, it’s time for a doctor to screen a patient’s tonsils and adenoids, which may be obstructive and need to be removed, Dr. Gelb says. Then, myofunctional therapy will help assist palatal expansion for better breathing, he says.