Updates from the U.N. General Assembly 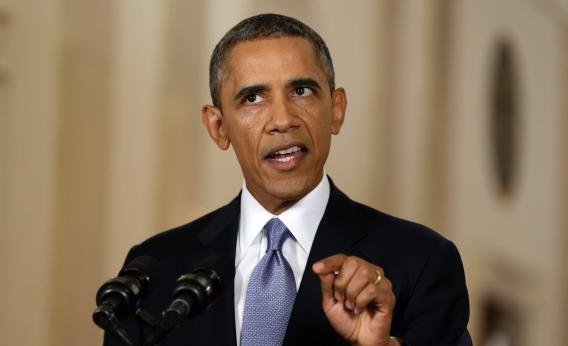 The world's leaders are in New York for the 68th annual U.N. General Assembly. Among leaders speaking Tuesday: President Obama, around 10:10 or 10:40 a.m.

Will Iran's president, due to speak in afternoon, interact with Obama?

Here are the latest updates:

9:54 a.m. ET -- Rousseff said Brazil would continue demanding explanations from the United States regarding its electronic surveillance programs exposed recently by former NSA contractor Edward Snowden, and it will seek guarantees that such acts will not continue. "Friendly governments that want strategic partnerships cannot possibly allow recurring and illegal actions to go on," she said.

9:53 a.m. ET -- The issue of privacy is not just relegated to a bilateral relationship, Rousseff said, referring to the United States and Brazil. The issue "affects" the entire world.

9:50 a.m. ET -- "Without a right to privacy," Rousseff said, "there is no real freedom of speech or freedom of opinion."

9:48 a.m. ET -- Dilma Rousseff has started. She sent along her condolences to the families of victims in Nairobi, Kenya, where the terror group Al-Shabaab attacked a mall. She said "terrorism" should be condemned and there should be determination to tackle the problem.

9:45 a.m. ET -- Brazilian President Dilma Rousseff is moments away, it seems. Delegates are being reminded to speak at a calm pace so that translators can do their work easily.

9:33 a.m. ET -- Rousseff's state visit to Washington had been intended to bring the two biggest economies in the Americas closer together -- and the United States is Brazil's second-biggest trading partner after China. But reports alleging that the U.S. National Security Agency spied on Rousseff's mobile phone and e-mail communications embarrassed her, as CNN's Shasta Darlington reported last week.

9:28 a.m. ET -- Rousseff should be interesting from the U.S. government's point of view. Earlier this month, the U.S. and Brazil jointly agreed to postpone her planned October visit to Washington because of a controversy over reports that the U.S. government was spying on her communications.

9:20 a.m. ET -- Ban has turned to Israel and the Palestinians. "If we are serious about achieving a two-state solution, then we must recognize that the window ... is closing fast."

9:19 a.m. ET -- In a related Syria item: We just learned, from Ban's associate spokesman Farhan Haq, that U.N. weapons inspectors will be back in Syria on Wednesday to assess at least a half a dozen claims of chemical weapons use in Syria -- some alleged to be regime use, others alleged to be rebel use. That note comes to us from CNN's Nick Thompson in London.